Wilsen - I Go Missing In My Sleep Album Review

Review of I Go Missing In My Sleep Album by Wilsen

'I Go Missing In My Sleep' is the debut album release for Brooklyn based band Wilsen. Formed back in early 2013, Wilsen, a trio that ostensibly revolves around the alluring vocals of Canadian Tamsin Wilson, put the album together in the U.K, New York State and Philadelphia. After a couple of E.P releases in their formative years, 'Sirens' and 'Magnolia', Wilson took time to contemplate moments of quiet and stillness to arrive at the inspirations for the bands latest work. 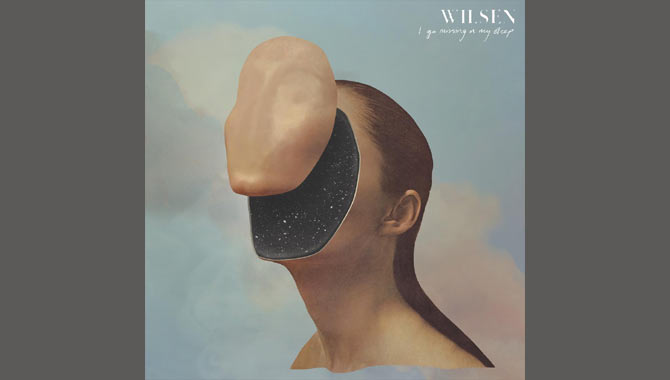 Wilsen's  eleven track album is a thing of gentle beauty. A fascinating glimpse into an unrushed, dreamy world without any immediacy or frenetic activity. There is no busyness here, no clutter, no rush; you are bound by the hold of the tranquillity that is enveloped around you as the songs swirl and sing. The beats are timid, the bass lines reserved rather than trembling and the vocal is mesmeric and sublime in it's fragility.

Opener 'Centipede' is a wonderfully understated piece, all barely plucked strings, muted percussive touches and washes and waves of subtle noise to accompany the delicate notes of Wilson's delivery. 'Garden' is a little more upfront and less water colour, more acrylic. The sound is crisper but not without a soft shimmer. Album highlight, 'Heavy Steps', sits somewhere between the two. The most melodic and harmonious track on 'I Go Missing In My Sleep' is a stripped back track that's laid bare before you. The melody to the chorus is nothing short of delightful as it subconsciously imbeds itself. 'Final', the last track to be released ahead of the album, is too, a minimalist treat with Wilson's sombre, more melancholic vocal providing a captivating pull against the guitar and whistle score.

'I Go Missing In My Sleep' is however lacking a little. It doesn't quite feel like the complete article. There is nothing wrong with it but it does lack a flourish or even a flamboyance to completely captivate and hold you throughout. The problem is not with Wilsen's album per say, more that what they are doing is being done better to some degree by others in the same crowded sphere. 'Otto' for instance is not a bad song, but is no 'Strong' or 'Hey Now' by London Grammar, songs with which it shares a certain opening similarity.

Wilsen have made a good album in 'I Go Missing In My Sleep'. The vocals are delicious, the arrangements considered and concise and the instrumentation a master class in restraint so when its good it's very good and hopefully points to even better things to come.