Stray Weather are an emerging Leeds hip-hop/spoken word outfit, who blend poetic lyrics often delivered like they would be at a poetry reading, by vocalist Mikey Brown, with electronic music. Sometimes the music will be in the background reinforcing what Brown has to say, and over times he will be more in unison with the music, for a more animated effect, typical of the hip-hop genre, but will at all times be gripping as shown here on their debut EP, 'Tragedy.' 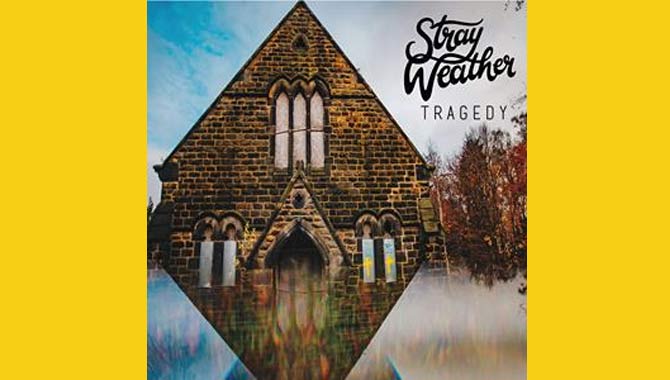 'Weathered' kicks this thing off with cloudy soundscapes and steamy noise that feels like rain trickling down to match Brown's lyrics filled with weather themed metaphor's, such as 'I can't stand the weather, I've never liked the rain, and you rain on me almost every single day' It feels like an intro track, clocking in at 1:40, and a damn good one at that being atmospheric and building suspense, except the next track 'What If' is even shorter, giving you the impression this is Stray Weather's style, short, but sweet spoken-word pieces, with solid electronics to reinforce it.

However, 'What If' feels more like a SONG with production that's slightly more direct, due to minimal beats akin to early Aphex Twin, woven with some modern sounding 808's, giving it a bit of a trap feel. Lyrically this song sees Brown asking you a lot of 'what if?' scenarios, i.e. 'What if space wasn't infinite?' and 'What if the Earth had no gravity?', challenging the listener to imagine these scenarios and how they'd affect them. As the song progresses the scenarios become bigger or more personal, increasing the intensity despite nothing growing in the vocal delivery or soundscapes.

Things get hyper with 'Right Isn't Right' thanks to scattering clicks and Brown's vocals picking up pace which together makes you want to bounce. Lyrically this song tackles modern dating culture, specially Tinder and how shallow people can be with it in how whole personality's get emptily flicked through, 'like a previously read book.' The chorus for this is irresistible with Brown stating 'How's he look? What's he do? Swipe it. Or could he be the one for you? Right it', with swagger and solid flow, whilst glimmering, colourful arpeggiators glow through Brown's vocals.

'Romansick' further demonstrates Stray Weather's ability to write a sharp and cleaver hook, with parallel's drawn between romance and being ill, whilst the sonic textures create a hospital-like atmosphere to match, the way dry blips take their time going along, to make you feel like you're in a waiting room.

'L' is purely spoken word with no music whatsoever, making it stand out from the other tracks. This track see's Brown vividly tell a story, with venom in his voice, of how someone owes him a significant amount money and how this has left him feeling about the person as well as how it's affected his trust with even his closest friends and family. It's intense and certainly relatable to anyone who's ever felt betrayed, despite the situation that's detailed being so specific to Brown.

Overall, this is a highly promising debut release, with intelligent songwriting, passionate delivery and gripping soundscapes. If you're looking for something poetic, then this is for you. If you just want something to dance to, this will also do the trick. Despite 'Tragedy' excelling in so many ways, with this just being their first EP, surely the best is still yet to come, so keep an eye on Stray Weather.