A recent study on the distribution of the money made by the music industry revealed that of the billions it generates every year, only 12% of it gets to the artists. There are, of course, lots of excuses made by the suits about technology changing the dynamic and all that, but the facts remain the same; apart from your Taylor Swifts and your Rihannas, almost nobody here's getting paid. 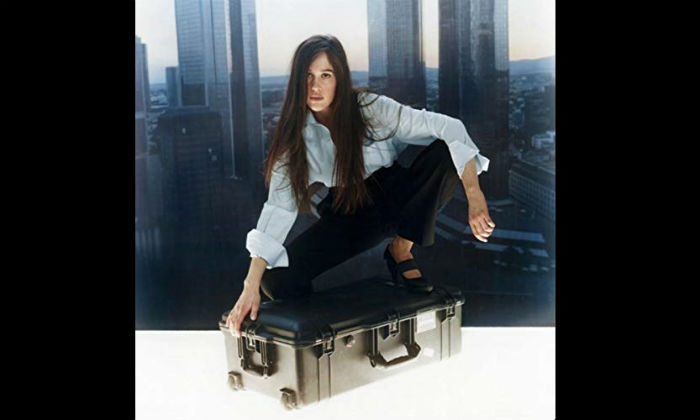 Canadian Marie Davidson is unlikely to ever be in a position to tell Spotify what to do, but her right to exist creatively, albeit on the esoteric fringes of dance music, is just as valid as anyone else's. Her fourth album, 'Working Class Woman', in form reflects her history of work in projects at home and time spent in Berlin; minimalist, throbbing techno, Italo house and dream state ambience.

It's also a record she freely admits as being about her present state of mind, hence the self-referencing title. Distinctively choosing to speak over much of it, opener 'Your Biggest Fan' offers an uber stern and mollifying tone for stalkers, whilst on 'Work It' she comes across as hosting the world's most demanding spin class. This honesty peaks in the naming of instrumental 'Workaholic Paranoid Bitch', the deep holes it would reveal if only given a speaking part being left only to her therapists' imagination.

For Davidson, these sometimes harsh, clinical aspects of her music lead to a projection that's only one side of her personality, a mask which if not inverted gives way to a bleakness. Wisely, she tempers the need for validation with a more forgiving face that gives pleasure as well as orders; 'Lara' is twisting, classic techno from the oldest school, having a similar gestalt as 'Burn Me'. If those are pieces of transition, the final swatches of an abstract collage are then found in both club and post club, the lo-fi house of 'Just Right' fusing previously unheard ingredients, whilst on closer 'La Chambre Interieure' she muses abstractly in French on the sensual and the imagined; "What's love?/How does love taste?/Have you known love?/Love takes courage".

At a time when the dimensions of music appear to have become limited by ever-lessening rewards made to those responsible, it's mightily refreshing that records like 'Working Class Woman' are being recorded, let alone released. In making music that challenges herself as much as the admittedly niche audience for it, there's hope for everyone here who like Marie Davidson places more value in sticking to their ideals than in surrendering them cheaply for rewards that have lesser meaning.