Review of Right On! Album by Jennylee

Jennylee Lindberg, the bassist of understated post-punk maestro's Warpaint has ventured out into solo territory, however not very far, with her debut album "right on!". Jennylee's debut solo attempt, is a clutching of her parent band's brand of groovy and under-stated post-punk with Jennylee's driving bass even more central (although it was hardly ignored before) and bringing her vocally to the foreground as opposed to an ethereal chanting and cooing in the background of Warpaint tracks. 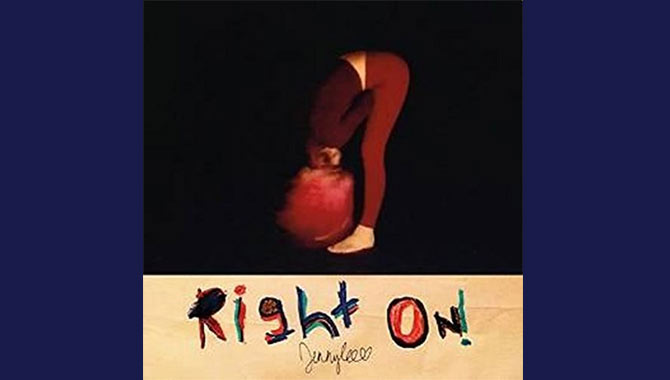 It even has Warpaint drummer, Stella Mozgawa, collaborating with her on the album, bringing in more notions of familiarity. Now, this may sound more cynical than intended, and that's because in some ways it is. What we have here is a selection of okay to good songs which build up a sensual, hazy atmosphere in which most of them build to an anticlimax. Ultimately, Right On! is a series of good Warpaint demos.

Considering the direction that Warpaint have taken with their most recent album, it makes sense as to why these songs wouldn't be used by the band, instead resulting in her decision to release them as a solo artist. They may have been more welcome on their EP Exquisite Corpse or their debut album The Fool. The post-punk floor filler and lead single 'never' harkens back to the earlier sound of The Cure which is great fun. The beautifully haunting 'long lonely winter' is resonant of some of Warpaint's more emotional work such as 'Shadows', but unfortunately falls flat by being drawn out for too long and in that ever familiar haziness, it feels unfinished. The sensual 'He Fresh' is simple but effective, and probably one of if not the strongest track on "Right On!"

One thing that has to be stated about this album, however, is its immaculate production. It is technically fantastic, which is no surprise considering the attention to detail and relative technical background she has. Jennylee is a phenomenal musician, whose exploration as a solo artist is commendable but unfortunately, forgettable. A rework of some of these tracks in the future as separate single releases (such as the incredible NWO/I'll Start Believing releases in early 2015) or on an EP would have made more of an impact.