Having formed The Chameleons thirty-two years ago in the Middleton district of Manchester, Mark Burgess is something of a veteran in musical terms. Despite initially splitting in 1990 before reforming ten years later only to part ways once more in acrimonious fashion three years later, their influence lives on. Most notably in the New York independent scene of recent years, with bands like Interpol, The National, Beach Fossils and Diiv all citing The Chameleons as being pivotal to their own musical lineage. 1983's debut album 'Script Of The Bridge' is still regarded as a timeless classic by critics and artists alike, and undoubtedly a groundbreaking release during the first wave of post-punk. 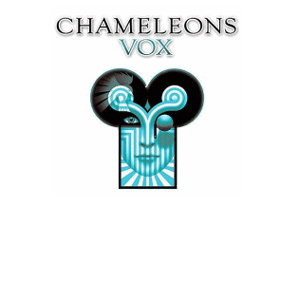 Since that final break-up, Burgess and original drummer John Lever have put together several line-ups under the Chameleons Vox alias, drawing on material both from the band's extensive back catalogue and a handful of new compositions. Last summer's set at Barcelona's Primavera Sound festival announced their rebirth in spectacular fashion, recently recruited guitarists Chris Oliver and Neil Dwerryhouse proving more than adequate replacements for Dave Fielding and Reg Smithies. With last month's 'M + D = 1(8)' EP being Burgess and co.'s first brand new material to be adorned with the Chameleons name in any shape or form for over a quarter of a century, it's to his and the band's credit that it sounds like a continuation of their halcyon era. Almost as if the ensuing twenty years hadn't taken place, or original members departed.

Interest rekindled thanks to the aforementioned NYC contingent, their end of year tour actually felt like a celebration of sorts. Older fans present at some of their earliest shows rubbed shoulders with diehards (aka The Chameleons "road crew") and the new breed turned on to their music by the likes of 'High Violet' and 'Turn On The Bright Lights' - unfortunately without Lever on drums this evening, long term associate Yves Altana standing in. As the familiar strains of 'Swamp Thing' introduced this evening's set, Burgess stood at the front of the stage geeing up the crowd; it was clear tonight was going to be more than just a well-paid exercise in nostalgia.

Live favourites 'Looking Inwardly' and 'Here Today' were performed charismatically alongside 'Sycophants' and 'Feel The Need' off their recent EP, neither of the new songs sounding out of place. It's on the adrenaline rush of 'Mad Jack' and rabble rousing 'Second Skin' that the communal spirit seen at Chameleons shows of old comes to light. With the dance floor resembling a scene from London's Batcave or even next door's Rock City in the early eighties, it's little wonder Burgess sports a Cheshire cat grin from ear to ear.

Returning for a three-song encore, 'Script Of The Bridge' opener 'Don't Fall' and debut single 'In Shreds' resolutely brings the house down. What the future holds for Burgess and Chameleons Vox remains to be seen. For now though, no one can deny them the right to bask in their much-deserved reverence.