It's been a difficult year for the up-and-coming Mossley band Cabbage, make no mistake, but they have been turning things around for 2018 with a string of EPs and now their debut album 'Nihilistic Glamour Shots' is finally here. For the Cabbage faithful this has been a long time coming. 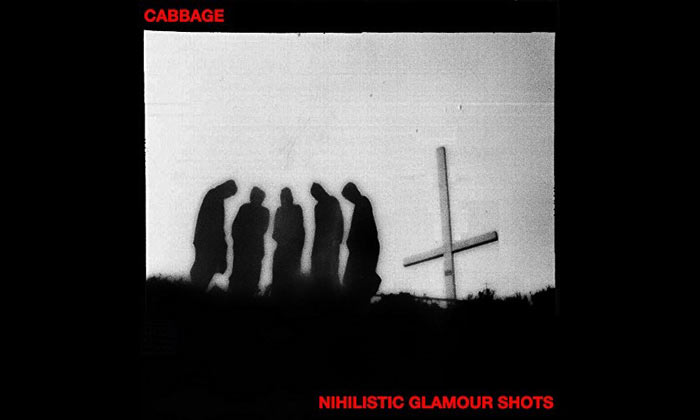 Far from being filled with previous EP favourites like 'Kevin' and 'Dinner Lady', they have been writing non-stop to produce a collection of brand new material for their first full-length album. Opener 'Preach to the Converted' has a familiar feel with a great chorus that will no doubt make essential listening on the live circuit.

If only you could bottle up and sell the energy that these guys exude. One of the great things about Cabbage is that, rather unusually, they have two frontmen; so if Joe Martin bellowing out 'Arms Of Pleonexia' isn't your thing, you get something different with Lee Broadment blasting out 'Molotov Alcopop'.

One of the highlights on the album has to be 'Celebration Of A Disease', representing all the madness that Cabbage are about. But that's not all they're capable of; they prove just as listenable on the slower, darker tracks like 'Disinfect Us', though a window-rattling chorus is never far away and the award for the most mental track on the album has to go to 'Reptiles State Funeral'.

Cabbage are here to be judged on something real. There's nothing fake or manufactured about these guys, which you'll no doubt agree with once you hear the record, and they'll come to be one of those bands you'll want to see live time and time again.