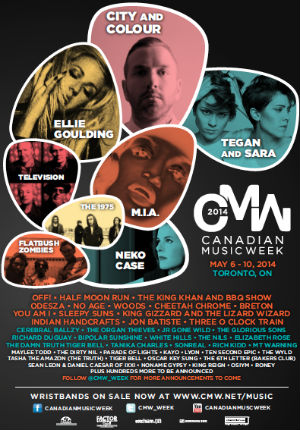 Now in its 32nd year, Canadian Music Week (CMW) is Canada's largest and most influential music and media conference and festival. It is one of the most respected and best attended music business and entertainment events in the world.

The CMW Festival spans five nights of concerts with more than 1000 performing artists from 40 countries at more than 60 live music venues throughout downtown Toronto. CMW helps build exposure and provides additional educational networking opportunities for artists through its conferences while allowing music fans to discover new acts and see some of their favorites play.