The French team have written to the rapper over her use of one of their jerseys in the video.

Rapper M.I.A. has found herself embroiled in a bizarre dispute with French football club Paris Saint-Germain, after she appeared wearing an altered version of one of the club’s shirts in her music video for ‘Boarders’. In the video M.I.A. is shown wearing the club shirt with the phrase of the main sponsor, ‘Fly Emirates’, edited to say ‘Fly Pirates’. 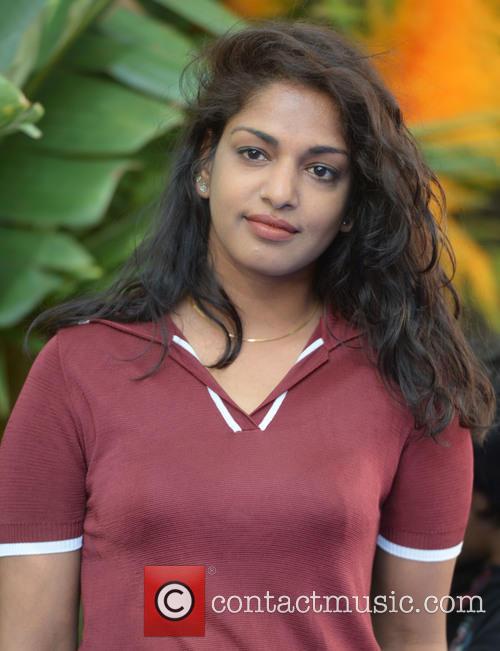 M.I.A. has found herself in a dispute with PSG.

On twitter the rapper shared a three page letter sent by the club to her record company, in which they complain about the use of the shirt in the video. The song ‘Boarders’ references the ongoing migrant crisis and the club feel that using the image of their jersey ‘is a source of discredit to our club and distorts its public communication policy’.

The letter requests that the rapper ceases the ‘broadcasting of the images on any media which show the PSG jersey’, refrains from using their image or brand in any way without authorisation and compensates the club for ‘the harm we have suffered.’

Commenting on twitter, M.I.A. (born Mathangi Arulpragasam) wrote, ‘So there's the case Mia vs PSG - discuss - ting.’ Referencing her prior dispute with the NFL she added, ‘Don't they know about me and NFL? Me and sports - it's a love hate thing’.

‘When I make videos I end up on hit lists not end of year lists whyyyyyyy? MIAvsPSG BORDERSvideo,’ the rapper continued. At the time of writing the ‘Boarders’ video featuring the edited PSG shirt is still available on Youtube.

M.I.A. also went on to explain her use of the jersey in the video sharing: ‘BORDERS came out the day of Paris Memorial Day ceremony for victims of Paris attack. Having an Eiffel Tower on my tee was support I thought.’