The NFL is demanding a huge amount of money following her middle finger stunt at the 2012 Super Bowl Halftime Show.

Picture: * M.I.A. IS A MUM - REPORT MIA is a mum, according to various Internet reports. Indian gossip website DesiHits.com was the first to...

M.I.A. looks to her fellow performer for a helping hand.

The British-born rapper, real name Maya, is still in a legal battle with the NFL for her impromptu vulgar gesture at the 2012 Super Bowl Halftime Show.

167 million people tuned in to watch the annual football game between the New York Giants and New England Patriots, and during the intermission, M.I.A performed 'Give Me All Your Luvin' alongside Madonna and Nicki Minaj.

However, instead of M.I.A. singing the lyric 'sh*t', she stuck her middle finger up to the camera while mouthing "I don't give a sh*t".

It was revealed last September that following this action, the NFL had been legally pursuing Maya for the last two years in arbitration, demanding for a public apology and a $1.5 million fine.

However, the NFL has now added an additional $15.1 million to the lawsuit for "restitution," and is asking for a total of $16.6 million.

M.I.A. doesn't seem to have access to that amount of money and this is when she turned to her pop-star friend Madonna for help.

According to the NFL, the increase in money is allegedly the value of her two minutes on-screen, in terms of advertising dollars.

However, M.I.A. has taken these claims seriously and in her legal papers, she has responded by stating, "The claim for restitution lacks any basis in law, fact, or logic."

Adding that their "continued pursuit of this proceeding is transparently an exercise by the NFL intended solely to bully and make an example of Respondents for daring to challenge NFL."

The recording artist argues that passed performances at the coveted halftime show have been more provocative than hers. She notes Michael Jackson "repeatedly grabbed or fondled his genitalia especially while he sang 'Billie Jean'" at 1993 Super Bowl. Prince also held the neck of his guitar "as if stroking an erect oversized phallus."

M.I.A.'s legal documents also state, "Quite simply, nothing in the performance of Maya I the 2012 Super Bowl Halftime Show did anything to damage the reputation of goodwill of NFL." 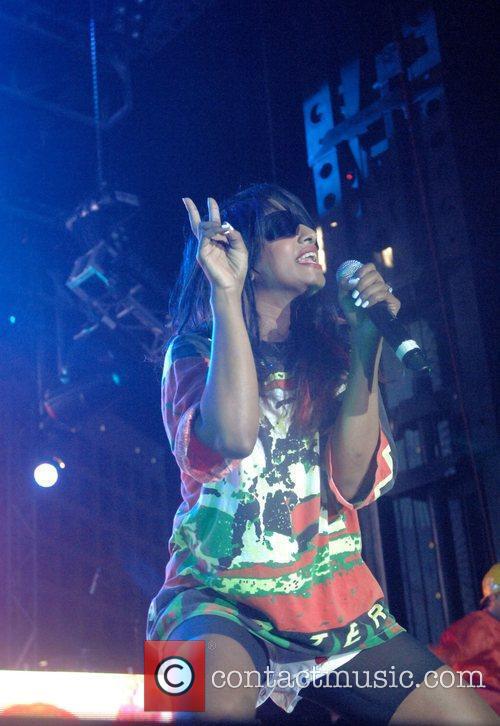