The last time we heard of Londoner Jono McCleery at Contact Towers, he was taking Maribou State's recent album 'Portraits' to a piquant level of high grain via his turn on 'Say More', the sort of brooding, wounded soul epic for which his gorgeously burnt voice was made for. 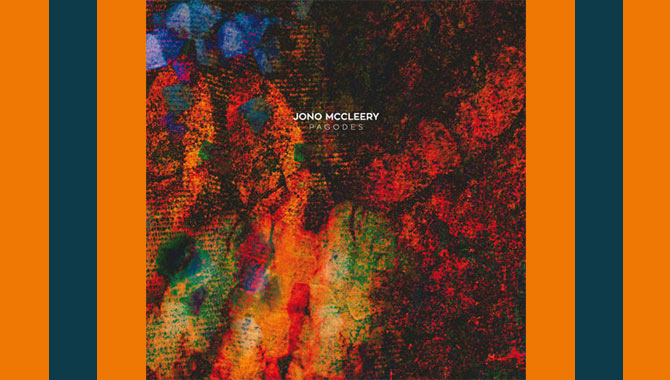 Adding these crafted flourishes is becoming, it seems, a useful habit; one which could be the reason we've been rationed to a paltry deuce of solo albums so far - 2008's crowd funded 'Darkest Light' and 2012's lustrous, multi-faceted 'There Is'. Close both in spirit and use of textures to occasional tour mate Fink, McCleery is clearly not one to rush the process: 'Pagodes' in turn, however, is well worth his obvious attention to detail.

McCleery's music feels like it should be easy to categorise, but its endless subtleties make that handle  elusive: an uneducated ear might even be moved to dismiss it as being insubstantial, even given the degrees of neo, post XX sparseness that count as today's production values. But this is anything but perpetual wallpaper. Robert Wyatt's most poignant moment was on the desultory anti-Falkands ballad 'Shipbuilding', but here McCleery takes the cerebral 1985 social commentary of Wyatt's 'Age of Self' and reverts its dated machine-pop into an agrarian, proto revolutionary song, recalling an era where people could still be moved to action by things as simple as an ideology and words of hope and inclusion.

Like much of its forebear, 'Pagodes' does trade in broad and deep constituencies, particularly jazz, ripples of programming and also folk - without the earnest sensation of prescribed limits to the latter. On 'Since I' a slightly woozy note shifts in and out of focus as other patterns weave, that voice - velvet and clouds - pulling the listener through a purist's love story of sorts. It's an almost voyeuristic sensation that runs throughout the album's most delicate moments: 'Painted Blue' has an ephemeral, looped harp as the juxtaposition, the ambience creates an intimacy shared by new lovers, a feeling propagated even more on 'Ballade', its intricate little touches and understated instrumental sighs gradually revealing that sense of nervous familiarity.

As with relationships, it's easy to take McCleery's work for granted, such is it's sophisticated but understated quality. 'Fire In My Hands' and 'Pardon Me' are very much damned into this category - both are timeless, late night torch songs that will leave the listener enraptured, whilst closer 'So Long' tacitly employs a string section to allow for a greater sense of urgency and heightened grandeur. These are slowly becoming what we might now recognise as signature moments: 'Pagodes' highlight though is 'Halfway', where the spectre of a beat is employed and the harmonies soar, entwined with a piano that reaches out from an empty stage right into the street: it's majestic and contemporary, 2015 but somehow your own then and now. Jono McCleery's is a world in which we can all luxuriate: frankly though he could be singing a shopping list and we'd all be gazing in wonder, like a gang of charmed snakes. 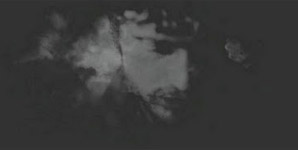 Jono McCleery - There Is