There's little doubt that 'Tough Love' is one of the most eagerly anticipated British album releases of the year. Following the near-universal critical acclaim which greeted Jessie Ware's debut 'Devotion' in 2012 that's hardly surprising either. Is Jessie Ware the contemporary soulstress we need?  An artist who has created her own niche by marrying the best traits of singer-songwriter types in the mould of Emeli Sande with the slick production harnessed by previous collaborators including SBTRKT? Riding on the wave of good will which followed the success of 'Devotion', Jessie Ware was this and more. 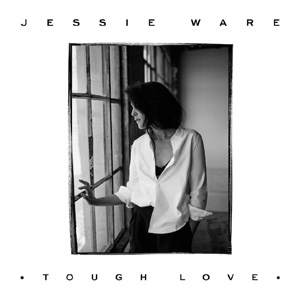 So we turn to 2014 and the arrival of 'Tough Love' - the archetypal 'difficult second album'. Except, it would seem, nobody told Jessie Ware. 'Tough Love' sounds nothing like a difficult second album. At its best, 'Tough Love' is effortlessly graceful. The focus of the record has shifted squarely onto Ware's vocal with the production, still super-slick, now less pronounced than on 'Devotion'. It's a bold move because the cutting-edge production which had characterised Ware's sound is a big part of her appeal. It's also something which has enabled her to avoid being labelled as MOR, a crucial part of her success to date.

This notable shift in focus works because Ware's honey-laden voice drips deliciously off virtually every syllable on the record. Opener 'Tough Love' is an elegant slice of sophisticated soul-pop and sets the tone for much of what is to follow. 'Cruel' is the album's most outstanding moment and boasts an effortless hook that's sure to be humming around your head for days. On repeated listens, it becomes clear that this is an album of songs which have been built around big chorus hooks much more than its predecessor. What makes this so effective though is that, apart from 'Say You Love Me', these hooks don't feel contrived. Instead, they evolve easily within the songs, maintaining that elegance which is only enhanced by Ware's intimate vocal.

Yet while parts of 'Tough Love' are exceptional, it isn't an unbridled success. 'Say You Love Me' is a song which sounds like it could have been written for an 'X Factor' winner. Building slowly towards a sing-a-long chorus before choir-led backing vocals arrive, the song truly attempts to launch itself into an anthemic stratosphere - it sounds, in contrast to the rest of the album, contrived. 'Kind of...Sometimes...Maybe' is as ponderous as its subject matter. It fails because, despite appearing to be a song about wrangling over your feelings over someone, it's totally devoid of any essence of passion or emotion. It's uninspiring and probably the album's low point.

Throughout its 11 tracks, 'Tough Love' varies little in terms of tone or tempo, something which acts as both a strength and a weakness. Certainly, it makes for an album of consistent ideas and it feels like a coherent body of work. At the same time, however, by the time you get to album closer 'De-sire' it is hard not to wonder what might have been if 'Tough Love' had attempted to be a little more varied and imaginative. 'Pieces', 'Keep on Lying' and 'Want Your Feeling' are all good songs in their own right, but when placed together they do exhibit a fair amount of similarity.

Overall, 'Tough Love' sees Jessie Ware conquer what could have been a difficult second album.  While one or two tracks on the album may have been miss-steps, the album as a whole certainly isn't. By putting her exquisite vocal centre stage, Ware has created a confident, largely elegant, and occasionally brilliant album which assures her place as one on Britain's finest female artists.