Review of Dark Days and Nights Album by Insect Guide

Since their dreamy debut 6ft in Love, Insect Guide have been somewhat unfairly cast as a 'shoegaze' act. Whilst this has had its advantages such as a readymade audience, remixes by the likes of Sonic Boom and acceptance amongst the psychedelic crowd, it has had its limitations and for such an ambitious pop orientated act as Insect Guide it must be incredibly frustrating. 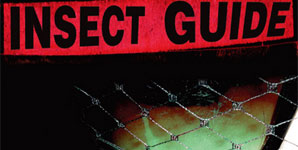 The follow-up is set to blow all pre-conceptions away as 'Dark Days & Nights' owes more to spiky punk pop a la Parallel Lines-era Blondie than it does to a bunch of studenty arty types from Oxford staring at their shoes. Straight from the off there is no messing about as Insect Guide set their stall high and shoot for the stars. First track in Wasted has already blown the cobwebs away. Very brave to put their greatest pop song so far as the starting track, but it's not all downhill from here, far from it. Instead it goes up a gear in an upwards trajectory and the 'hits' just keep coming, with the title track amongst the highlights as is current single Bats.

Before you've had chance to pick yourself up and dust yourselves down its all over as a true classic pop length album should. 10 songs in 35 minutes leaves you breathless, but Insect Guide have made every single minute count. In 'Dark Days and Nights' Insect Guide have not so much upped their game as they have made their mission statement to forge ahead on their own terms regardless of what lies ahead and for this they should be commended. 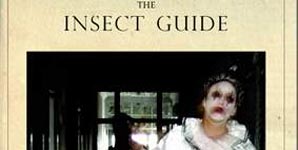 The Insect Guide - 6ft In Love