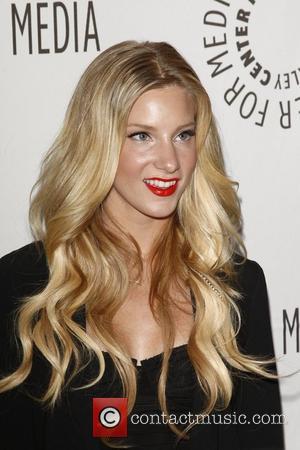 Heather Morris, the American actress who plays the dim-witted cheerleader 'Brittany' on Fox's musical-comedy Glee, has offered dance tips for men to use when 'showing off' in clubs. Heather Morris also dances to the '50 Songs Every Man Should Be Listening To' during the exclusive new video for Esquire Magazine.
Morris first got her break on Glee after being brought in to choreograph the dance routine to Beyonce's hit track 'Single Ladies. She had previously performed as a backup dancer for the R&B star on Saturday Night Live and at the American Music Awards. She also competed on season two of 'So You Think You Can Dance'. In the new video, the 24-year-old advises, "You don't want to be too cool. But you don't want to be too dorky. Still, I find it so much better to see a guy at a club being a dork, and having fun, than trying to be sexy". Offering tips on which dance routine men should opt for, Morris says, "Looking down and shuffling is pretty great. But not the Running Man. It's already embarrassing being in a club".
Heather Morris famously starred in the Glee episode 'Britney/Brittany', a tribute to Britney Spears. The actress made her singing debut during the episode, covering Spears' song 'I'm A Slave 4 U.