Norton claimed he wouldn't give any of the contestants "50p" if he saw them busking on the underground. Ouch!

Graham Norton has savaged ‘The X Factor’ in a new interview, claiming that he’s long since stopped watching the show because “it’s lost its credibility”.

“I haven’t watched ‘X Factor’ the past few years because it just seems so long now – it’s endless,” he said in conversation with the Radio Times. “Also, the people aren’t very good, so to all the judges’ comments of ‘I’d buy your album tomorrow’ you think, ‘You’re never having an album’. You wouldn’t throw 50p at them if they were busking in the tube. I think it’s lost its credibility.”

Ouch. Well, perhaps he should tune in again after all this time, as he seemed to have glowing praise for Radio 1’s Nick Grimshaw – who has just become one of the judges on the ITV show. 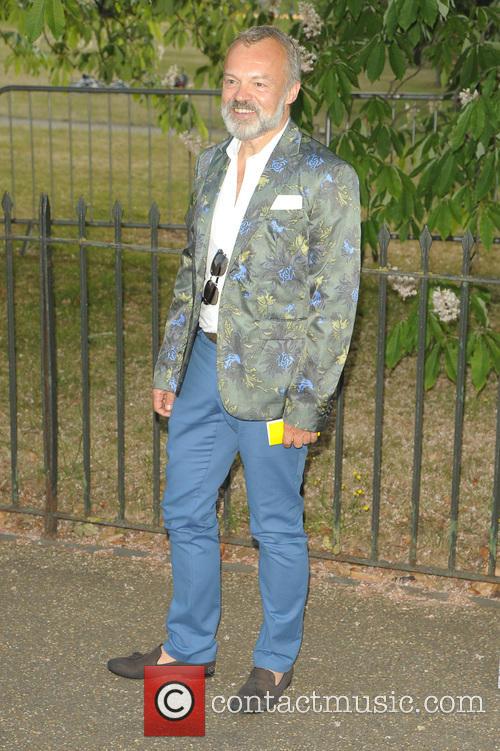 Graham Norton in London in July 2015

Talking about Grimshaw’s breakfast show, Norton said: “Certainly, I’m not supposed to be listening. He’s supposed to have attracted the kids, but he can’t shake this 52-year-old listener. I like the music he plays and besides, where would I go? I don’t want Radio 4’s ‘Today’, and I don’t want Chris Evans, so Nick it is. What faint praise that is!”

More: Graham Norton refuses to “inch backwards” and invite the ‘TOWIE’ cast on his chat show

‘The X Factor’ has been attracting a lot of negative press in the fortnight since it returned to screens, with average viewing figures at 7.5 million – nearly one million fewer people than last year. Insiders at the ITV show, now on its twelfth series, insist that all is well with the ratings, and that if viewers watching via streaming were included in the figures then it would be in excess of 10 million.

It is expected to be thoroughly whipped in the ratings by its Saturday night rival ‘Strictly Come Dancing’ on BBC One. Norton admitted that he much preferred watching the dancing competition to ‘The X Factor’, but “not slavishly”.