Last year's final was won by a Swede

Eurovision goes where its victor goes. That’s why, this year, Eurovision will take place in Malmo, at the Swedish home of last year’s winner Loreen. Joe Nilsson, owner of the leading gay club in the Swedish city, is putting on an almighty party to celebrate the homecoming of this European singing event.

“I booked this location the day after Loreen won for a whole week, just in case," he explains to The Guardian, "I had a feeling they would chose Malmö. It's closer to Europe, closer to Copenhagen. "She's very special, and I had her even before she got famous," Nilsson says. "She had a big gay following even before she won Eurovision." He expects fans to come from Spain, Italy, France, Germany and beyond. "Someone wrote on the event web page, 'I'm coming all the way from America to see Loreen and the finals,' he says. "That's amazing." For British fans of the contest, the final will air between 8pm and 11.15pm and the semi-finals will be shown on BBC Three at 8pm on Tuesday and Thurday, hosted by Scott Mills and Scissor Sisters’ Ana Matronic.

The show will be hosted by Swedish comedian Petra Mede, while Grahame Norton will be hosting the live TV coverage of it. He took over from legendary presenter Terry Wogan, who’s nonsensical mumblings are sorely missed all over The U.K. He halted his association with the show after becoming disenfranchised with it, saying it was predicable and not a music contest any more. 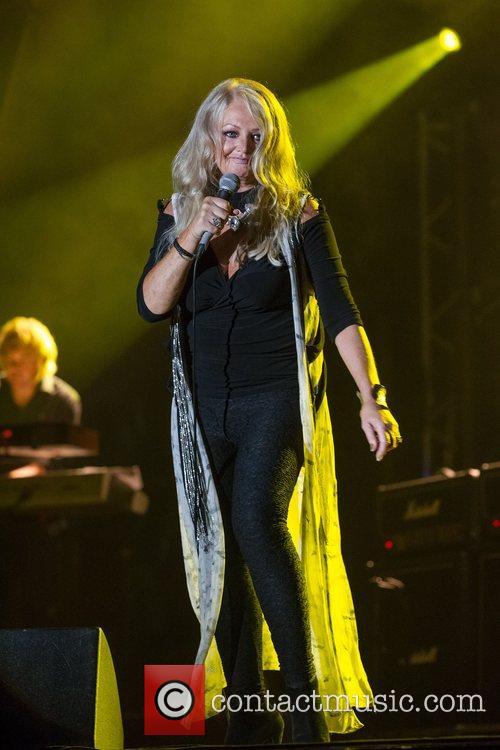 Bonnie Tyler will be Britain's entry in 2013