The new and improved Jamie Dornan can now walk just like Chritstian Grey should.

Just because Jamie Dornan is a model, that doesn’t mean he always had the model strut. The Fifty Shades of Grey star revealed as much during his appearance on The Graham Norton Show last night. Apparently, Dornan’s walk wasn’t hopeless, just a little too bouncy for the confident character he’s portraying in Fifty Shades.

Jamie Dornan had the look down, but he couldn't quite master the strut.

"So basically, I've always had a complex with the way I walk," the former model revealed. "I've not always been told I've got a bad walk, but someone's always commented on my walk," he continued. "It's always been a bit like, 'alright. That's how you walk?"

Obviously, something had to be done. Not only did Christan Grey have to walk with dominance, he also had to dance like a pro because the movie features a dance scene between Dornan and co-star Dakota Johnson. So the actor had to take a class. "It was like foxtrot, it was very classic," Dornan explained. "I was really struggling with it, and the dance teacher said, ‘you know what you need to do. Just think about it as walking', and I was like ‘okay,'" Dornan said, laughing. It was an easy fix - just a couple of dance lessons.

For Dornan, the secret to walking hadn’t been as obvious as it is to most of humanity. So the dance teacher’s advice was a revelation: heel to toe. "No one ever told me that!" he exclaimed. "I was always toe-to-more-toe! Now I just apply that every day, when I'm walking around."

Looks like Fifty Shades has changed at least one person’s life so far. 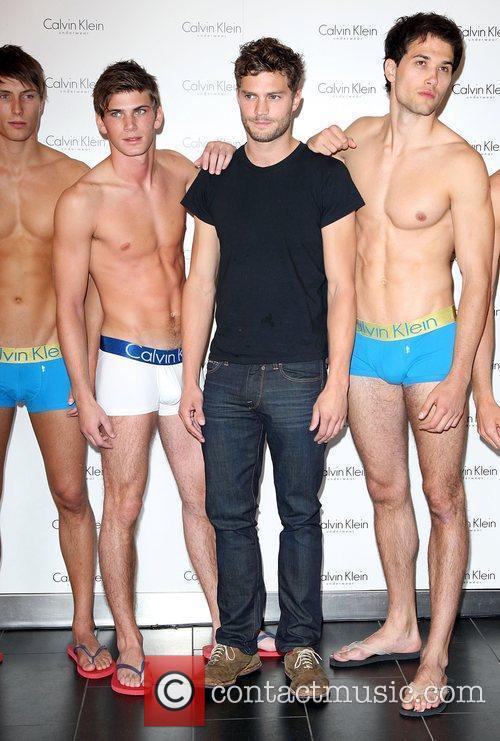