Live Review of Ghostpoet at the Brudenell Social Club, 29th May 2013

It's refreshing to see more and more hip-hop acts happily perform at Leeds' Brudenell Social Club, a venue often pigeonholed as an indie band hive rather than a multi-purpose music showcase. But as far as venues in Leeds go the London/Coventry-native couldn't have picked a more fitting place to showcase his new material, as well as show off his opening act and touring partner Typesun.

The Bristol-based producer and his accompanying bandmates, including the fantastic Romaine Smith on vocals - someone likely to be touted as the 'British Frank Ocean' by press some day soon - confidently and competently worked a room full of punters who might not have heard the wondrous R&B-infused electro act before. The standout element of the set up was by far Smith's commanding vocals, not to mention his humorous pick-up line that he reluctantly told the audience, but the whole act worked so well and in sync with each other it wouldn't be surprising if Luke Harney (aka Typesun) decided to branch out and form a band. Whatever the future hold for the young upstarts, one thing is for sure; they left the Brudenell with a whole batch of new fans.

The three-piece were then gradually replaced by a four-piece, with Ghostpoet's three backing musicians commanding their roles with gusto, and as the night went on it was clear that he hadn't hired a female keyboardist for eye-candy purposes only, but to provide some thoroughly convincing backing vocal on tracks such as the Some Say I So I Say Light stand-out 'Dial Tones.' Likewise, the guitar at the back of the stage wasn't just their as scenery, with that sexy-as-hell guitar lick in 'Plastic Bag Brain' sounding as good live as it does in the studio version of the track. Even Ghostpoet himself gave the six-string a strum towards the end of the set; did someone say multi-talented?

Whilst the show was unquestionably a vehicle to promote his new material, the MC did sprinkle some Peanut Butter Blues and Melancholy Jam favourites into the set-list, such as 'Liiines' and 'Cash and Carry Me Home' to keep the faithful fans happy. But it was the renditions of newbies 'Dial Tones,' 'MSI MusmiD' and new single 'Meltdown' that really got the crowd amped and responding to his metaphor-laden lyrics and urban-decay-inspired beats. Sticking around for an encore before heading forward from the stage to mix with the crowd, his set may have had fewer jokes than Typesun's did, that didn't distract too much from what was a thoroughly rewarding performance by the U.K.'s saving grace in hip-hop. 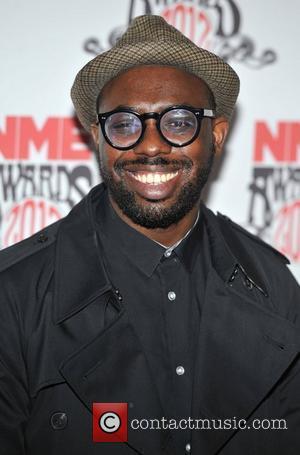 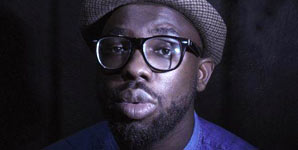