Review of Our Version Of Events Album by Emeli Sande

It could be claimed that compared to other acts Emeli Sande has burst on to the scene and became the artist of the moment. But in actual fact it has been a long time coming for the Scottish singer. After collaborating with Professor Green, Chipmunk and Tinnie Tempah as well as writing songs for female singers such as Leona Lewis and Susan Boyle and erm. Cher Lloyd, the wait is now finally over for Emeli Sande. 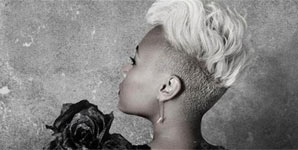 She had also won song writing competitions long before the limelight shone on her.

But the Aberdonian has now left critics besotted with her debut album,
'Our Version Of Events' which led to her winning critic's choice award at the 2012 Brit Awards.

Our Version Of Events begins with her debut single 'Heaven' which made it to number two in the UK charts. The song is clearly reminiscent of Massive Attack's 'Unfinished Sympathy.' A haunting keyboard intro gives way to a drumbeat where the resemblance becomes apparent.

'Heaven' is immediately followed by the album's first ballad, 'My Kind Of Love.'
What becomes instantly obvious is that a track like this would be more suited as Leona Lewis album filler. Do not expect this to be released as a single.
It is disappointing to a certain extent that the album has many songs about the topic of love. This is summed up by 'Where I Sleep,' possibly the shortest track on the album which is borderline waste of a cd track. It does however contain echoes of Alicia Keys.

Other than the two singles released, 'Heaven' and 'Next To Me,' one of the highlights of Sande's album is 'Mountains.' It is possibly the darkest track on the album.
But that wouldn't be hard due to the ballads that it sits alongside.
The murkiness of 'Mountains' is contrasted with the more upbeat 'Next To Me.'
Upon hearing some of the other tracks this was a stand out single to release due to containing more drive than some of the ballads.

'Our Version Of Events' also contains Sande's version of 'Read All About It,' the song that she collaborated with Professor Green on last year. Uncharacteristically of a bonus song, it actually puts some of the main album songs in the shade with its own quality rising above them.

After listening to Heaven it feels like a slight misrepresentation of the rest of the album, which sadly deflates any hope of consistence in the quality of songs.
'Our Version Of Events' is a restrained and safe debut album that has more polish than a can of Mr Sheen on it.

All too often 'Our Version Of Events' is the sound of a major label throwing a shed-load of money at an artist to get them established among the mainstream landscape straightaway. Sande has to branch out if she wants to attract more than just capital FM listeners and V-festival attendees. All in all 'Our Version Of Event' doesn't match the energy of this first single and sadly sees Sande treading in the already well covered polished love ballad numbers. She's better than that.