Review of Gob Album by Dels

Reading Dels' biography set all sorts of alarm bells ringing in this reviewer's head. He grew up in East Anglia. He has a studio in his back garden. He raps over beats created by Micachu. Drowned in Sound rate him. For a moment, all I could see was six words flashing, illuminated in neon, in front of my eyes: 'Dan Le Sac Vs Scroobius Pip'. No need to worry: this isn't anaemic rap-for-people-who-don't-like-rap. On the contrary, it's pretty damn fun. 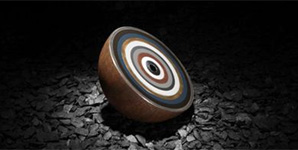 Dels can rap, both from a technical point of view and in terms of having something to say and an interesting way of saying it. He cultivates an amiable everyman persona, chatting matter-of-factly about work ('manager's in my face'), hangovers, and other everyday problems. Sometimes, though, he'll throw in an engagingly weird image. 'I am the architect of my thoughts' he asserts, mid-verse, during 'Hydronenburg': 'Where unicorns shit glitter, welcome aboard'. Unexpected flights of fancy like that are often used to illuminate the banal, like when he raps 'After works drinks got me moving kinda slow/like a polar bear casually walking through the snow'.

The album's most po-faced moment is 'Droogs', during which Dels talks bluntly about rape and sexual abuse. It's an attempted tear-jerker which doesn't quite work, partly because Dels seems congenitally unable to sound anything other than laid-back and friendly even when trying his best to dramatise serious subjects, and partly because he can't resist reaching for another ridiculous metaphor: 'She can't fly/'cos her confidence cape is gone'.

The music is built around syncopated beats and fluid, squelching synthesised bass. Joe Goddard of Hot Chip pops up to produce three tracks: he sprinkles Fisher Price synths over the excellent, bubbling 'Trumpalump' and driving 'Capsize'. The third Goddard track, 'Shapeshift', is the best thing here, a brain-melting piece of pop-rap reminiscent of Roots Manuva's best moments; somehow, the presence of what sounds like an old school dial-up modem having a seizure improves the track rather than ruining it. Mr. Manuva himself, aka Rodney Smith, guests on 'Capsize', and he's Dels most overt influence; certainly the music here has relatively little connection with subsequent UK rap trends like the rise of grime. It's friendlier, slower, less aggressive, with less edge to it, a product of the country rather than the city. But that's part of Dels' charm; he's happily doing what he wants to do without considering whether or not the London-based media might declare it unfashionable. There's something to be said for being straight outta Ipswich.