Patience is a virtue. Keep telling yourself that while you grapple with Lenses Alien, the new album by vaguely fashionable New Yorkers Cymbals Eat Guitar. It's an awkward album. It's a difficult album. It's an album which opens with a meandering eight-minute slice of musical esoterica. Keep listening, however: it's a grower. 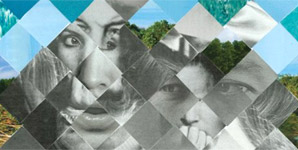 That eight-minute opener is equal parts Sonic Youth and Cave-In, marrying an alt.rock guitar sound more nineties than Pok'mon to a restless, shifting structure which continually whisks the rug from under the listener's feet. The song implodes, and then slowly rebuilds itself; mid-way through, it briefly devolves into a storm of feedback before regaining momentum. Joseph D'Agostino occasionally interrupts proceedings to deliver streams of cryptic, scarcely determinable lyrics. His vocal is consistently unobtrusive, playing second fiddle to the chug and crunch of the guitar.

Once you've jumped the opening hurdle things gets more catchy, but not by much. Fans of choruses and hooks will come away disappointed. There are fleeting moments when the band try to meet the listener half-way, but no sooner have they grabbed your attention than they let it go again, wandering off in an unexpected direction with a nonchalant look which suggests they never wanted it in the first place. 'Plainclothes', for example, opens by unexpectedly putting D'Agostino's vocal front and centre, and as a result his oddball lines ('There was a man who killed a state trooper') jump out; but the band soon get restless, and the song meanders eccentrically towards its conclusion.

After a while, this awkwardness becomes interesting in itself. Cymbals Eat Guitars have a reputation as a nostalgic band, a set of musicians inspired by the sounds of nineties indie rock, by Pavement and Sebadoh and The Wrens. Those bands could certainly be difficult, but they all knew their way around a tune, and never refused to throw the listener a bone. If Lenses Alien borrows from the nineties indie scene, it's from a different set of bands; a little from Sonic Youth, yes, but rather more from the post-hardcore types. Cap'n Jazz are the record's single biggest influence. For a f^ted young band, shifting in this direction is a brave move.

The awkwardness is admirable, then, but nobody ever enjoyed an album just because they considered it admirable. Luckily, there are thing to enjoy. Stay with the record, and you'll find buried melodies, hidden down amongst the sandy squall waiting for the persevering listener to find them. You'll make embarrassing attempts to air-drum along with the underrated Matthew Miller. You might even find the odd song - 'Shore Points', for instance - sticking in your head. By no means exceptional, but by no means the rambling mess it initially appears, Lenses Alien is a dense but rewarding record. 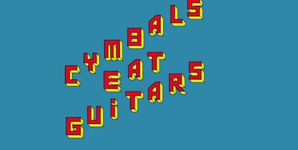