Cults (Formed 2010)
Cults are a New York-based indie pop band known for their debut EP 'Cults 7"' which they released for free on their Bandcamp page.

Formation: In 2010, singer Madeline Follin and guitarist Brian Oblivion met in New York as students. Oblivion was studying documentary cinema at New York University, whereas Follin was studying at The New School in New York. Follin had been working with Californian band Youth Gone Mad on their 2000 album, 'Touching Cloth'.

Career: Cults released their debut EP, 'Cults 7"', through Forrest Family Records. The lead single, 'Go Outside', was accompanied by a music video featuring Emma Roberts and Dave Franco. On 7th June, 2011, Cults released their self-titled debut album, through Lilly Allen's 'In the Name Of' record label from Columbia Records. On 15th October 2013, Cults released their second studio album, 'Static', which revived overall favourable reviews but failed to chart. The duo also made an appearance on the song Born Sinner by J. Cole along with Amber Coffman. The song reached the number one spot on Billboard's 200 list.

By Holly Williams in Music / Festivals on 14 September 2017

They also go on tour across the US and Canada next month.

New York duo Cults are soon to release their third studio album 'Offering', and we have to say after four years we are so ready for it. Ahead of that though, they have just dropped a video for their new single 'I Took Your Picture With My Eyes Closed' which follows the release of the outstanding title track. 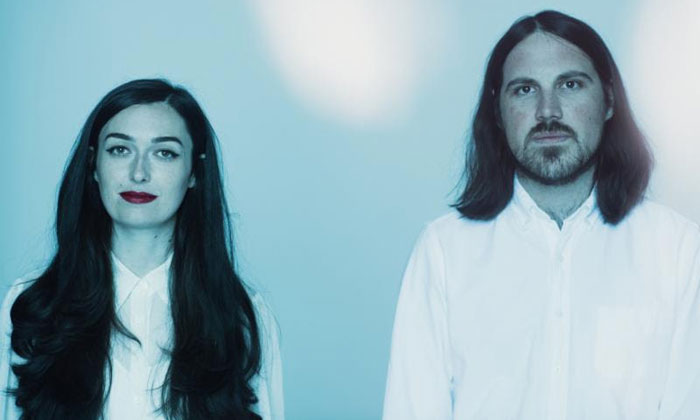 Directed by Elliott Sellers, the video for 'I Took Your Picture' was filmed in Piermont, New York - including a shot on the roof of vocalist Brian Oblivion's home - where they originally recorded their debut single 'Go Outside' from their initial 2010 EP 'Cults 7"'. The song is a dreamy, electronic dance number not unlike the previously released title track. Cults - I Can Hardly Make You Mine Audio Video