By Ruth Buxton-Cook in Music / Festivals on 19 February 2015

Beacons Festival is evolving, moving from Skipton to Leeds, Manchester and Liverpool.

Beacons Festival, now named Beacons Metro, had the small home of Skipton until it set its sights on bigger and better places. As of 2015, it will move to Leeds, Manchester and Liverpool, and host an array of events including film, music, art, and food.

Beacons Metro spokesman Simon Stevens said, 'Beacons Festival will bidding farewell to the green fields and valleys of the Yorkshire Dales to take up a series of exciting residencies in Leeds, Manchester and Liverpool'. Lots of thought and consideration has obviously gone into the decision to move the festival, but ultimately the choice was a brilliant one, as the three cities are three of Northern Englang's most vibrant and creative cities. They are perfect for Beacons Metro festival. 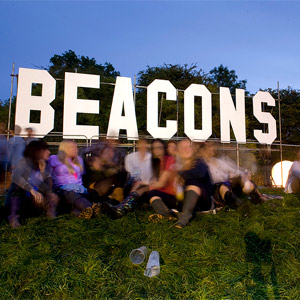 Ghostpoet (born Obaro Ejimiwe) makes his second appearance at Skipton's Beacons Festival in as many years, returning as one of the top-billed artists and one of the most-looked-forward-to acts over the course of the three-day event. After a whirlwind 12 months, there was more than enough to run through with the Mercury-nominated artist, with extensive tours and a new album all falling between his two Beacons performances. We managed to catch up with him before his set on Friday night to talk touring, his new album and cars.

It's your second year at Beacons, how does it feel to be back?
Yeah, it's nice to be back, it's a good place.

Is there a particular attraction to smaller festivals over the bigger ones?
It depends really, it depends. I'm not drawn to anything in particular really; all I want to do is play for people. So, yeah, if someone gives me the opportunity to play, I play.

Skipton's Heslaker Farm will be once again hosting one of the North of England's finest small festivals when Beacons Festival 2013 pitches up its tents in the scenic Yorkshire Dales.  Bringing some of the alternative music scene's best up and coming talent, mixed in with some of the best DJs in the world today and a host of more established acts, the Dales will be rocking again on August 16 - 18. 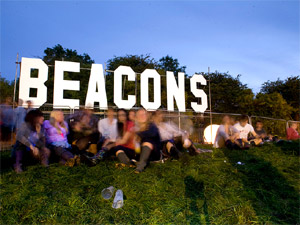 One of the most refreshing parts of Beacons 2012 was its celebration of local talent, with a plethora of Yorkshire-based musicians joining up with some internationally recognised stars and in 2013 that is still very much the case. For nearly fifteen years, Leeds-born Bonobo has been one of the most sought-after and appreciated down-tempo, trip hop producers in the world and when he takes to the main stage at Beacons, you know that it's going to be a big occasion. One of the Leeds music scene's fastest rising and most promising bands in years, Hookworms, will be returning to Skipton to bring their brand of psychedelic, fuzzy rock. Bradford MC and Don't Flop's biggest success story to date, Lunar C will bring his marmite-like flow with him to the fest, joining a collection of rising hip hop stars including festival returnee Ghostpoet and one of the rap game's most watched stars today: the unmistakable Danny Brown.

London/Bedford folk-rockers Wolf People will also feel right at home when they return to the Dales, having recorded their acclaimed, April 2013-released sophomore album Fain in the North Yorkshire Dales. Nottingham-formed Childhood look like one of the bands to go check out before they end up headlining the festival, with the young indie rockers already whipping up a frenzy of anticipation with only a handful of songs recorded by them already. Headliners Django Django really tie up the UK connection (and that's without mentioning any of the mouth-watering array of DJs lined up) and may very well perform THE show of the weekend.

Beacons Festival, located in scenic Skipton in the Yorkshire Dales, has been fraught with issues in the past, mostly of the time down to the typical British summer weather. This year, after a year of absence, the diminutive festival was back and this time it had a point to prove. With people arriving in their droves on Thursday, the festivities got underway immediately and thankfully, for once, the weather looked as though it was going to hold up. 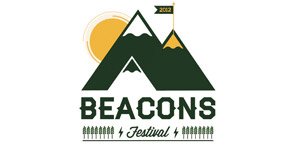 Beacons Festival is the latest edition to the ever expanding Northern Festival calendar and looks like it's set to potentially forge a great name for itself. Originally scheduled to be held in 2011, the festival was cancelled at the last minute due to unforeseen heavy flooding. 2012 will see the festival take place on the same site, just on much higher ground. 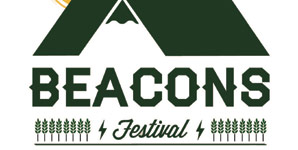