Channing Tatum admits playing Mark Schultz in 'Foxcatcher' was his most painful role.

It seems Channing Tatum is far happier flexing his enviable Hollywood body on a stripper's pole or pulling off some smooth moves on the dancefloor when it comes to movie roles, as his latest part as wrestler Mark Schultz has been his hardest yet.

The '22 Jump Street' star is hardly an idler having growing up playing all kinds of sport including martial arts, but that doesn't mean his new work out routine for his role as an Olympic grappler in 'Foxcatcher' was any more of an easy ride. 'I challenge anyone who thinks their sport is harder to come and try it', says Channing Tatum, who landed a college football scholarship as a high school graduate. 'This has been the most painful movie I have ever done. I never want to wrestle again.'

Continue reading: Channing Tatum Never Wants To Get In The Ring Again After Gruelling 'Foxcatcher' Role

The winner of the prestigious Palme d'Or will be announced on May 25, which of these Cannes Film Festival offerings will take home the prize?

So, we’ve got to admit we’re sort of gunning for Mike Leigh’s film Mr. Turner to win the Palme d’Or 2014, but that doesn’t mean there aren’t other films in the running for the prestigious award. Among the 18 films competing to win the highest prize awarded at the Cannes Film Festival, the winner of which which will be announced on May 25, these are the films we think are most likely to scoop the award.

Channing Tatum and Mark Ruffalo star together in Foxcatcher

This week Foxcatcher will be one of the movies premiering at the Cannes Film Festival. The dark true story adaptation is bound to turn a lot of heads, especially with Steve Carell, Channing Tatum, and Mark Ruffalo leading the cast of Bennett Miller's intriguing new picture.

Based on the real life story of US wrestling coach John du Pont, Foxcatcher is another gritty sports drama that's probably headed straight for the awards after its wider release in November. The movie will be competing for the prized Palme D'Or at the prestigious film festival and the trailer gives us enough to suspect that Foxcatcher will be one of the key competitors.

Billy Beane is the general manager of the baseball team Oakland Athletics, who have a budget of $41 million. Looking to expand the team's budget so he can buy some of the best competitive players, he goes to the manager, Art Howe, who refuses, citing the New York Yankees, who had just spent over $125 million on players. 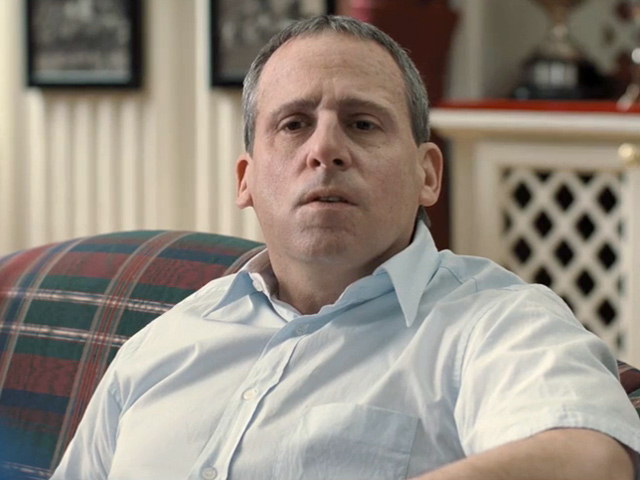 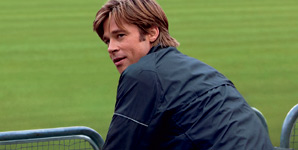 Billy Beane is the general manager of the baseball team Oakland Athletics, who have a...