Review of The Ultimate Collection Album by Barbra Streisand

With a career spanning five decades, Barbara Streisand has had it all. Having won Academy Awards, Grammys, Emmys and Tony Awards, having sold over 140 million records worldwide, and the current record holder for the most top ten albums (thirty one) from a female artist ever; she has rightfully earned the right to be named one of the 'musical greats'. Now, she releases her Ultimate Collection; 18 of her most well-known and favourable tracks, simply to exemplify the stellar career that she has had. 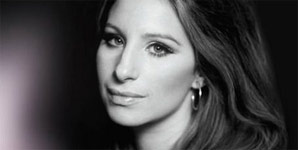 It would only to be suitable to start the collection with Woman in Love, probably one of her biggest hits. She follows suit with other tracks such as The Way we Were and Guilty that reveal the amazing power-voice Streisand harbours. At times it seems a bit strange listening to this collection as most of the songs are so iconic that it comes across all a bit surreal and clichéd listening to them all in one sweep. Tracks like Smile and Memory are packed with too much nostalgia and stereotype to even ignore the epic nature of this collection.

The collection works well with juxtaposing Streisand's more gentle tracks such as Guilty with disco classics such as No More Tears. At times, this LP becomes the greatest tool for escapism, making you feel like you've been dragged back into the 70s. One can only bring out the jazz hands at Don't rain at my Parade but then quickly shed the tears at her golden ballad Memory. The collection definitely feels like riding a rollercoaster of emotions. The collaborations are also evident of Streisand's success. Having hits with other legends such as Celine Dion, Neil Diamond and Donna Summer simply add to the accolade. Tell Him, with Celine Dion, is probably a highlight of the collection as we see the two divas create something purely magical.

The collection sometimes does falter a bit with a few filler tracks that make us question why they made the cut. Papa can you Hear me and I've dreamed of You, whilst great classics, probably could've been swapped with other tracks, as they tend to pale in comparison. However, in the much larger scheme, things like this are irrelevant to the brilliant collection of tracks that have been compiled here.

It is obvious to finish the collection with Somewhere, exemplifying not only the beautifully powerful voice of Barbara Streisand but also reflecting the epic tracks that this female artist has produced in her lengthy career. Nothing can be said against this woman. Actress, Singer, Writer; there is nothing that she cannot do. If you have somehow lived in a cave for the past 40 years and have never heard Streisand's music, this would be the perfect introduction. Greatest hits can sometimes come across quite self-indulgent and a desperate attempt to rake in some cash, but this is an obvious treat that has been produced for long-standing fans. Prepare to be stunned.