Lord and Miller are teaming up for another Sony animation.

Phil Lord and Chris Miller, the now revered directors behind The Lego Movie, have been hired to helm a Spider-Man animation, to hit theaters in July 2018. The duo will produce the movie with Ari Arad, Matt Tolach and the recently departed Sony chairman Amy Pascal.

The movie, announced at CinemaCon on Wednesday by Sony chief Tom Rothman, will exist independently from the projects in the live action Spider-Man universe, all of which are believed to be moving forward as planned.

Amy Pascal On Sony Departure, "All I Did Was Get Fired"

For the first time, Amy Pascal has noted that she was "fired" from Sony.

Amy Pascal had conceded that she was "fired" from Sony after the debilitating cyber-attack on the company that saw the leak of numerous high profile movies and, more damagingly, email conversations between Pascal and numerous individuals connected with the company.

Amy Pascal says she was "fired" by Sony

Pascal, who is setting up her own production company, spoke for the first time about her departure from Sony during an interview with journalist Tina Brown at the Women in the World conference in San Francisco on Wednesday (February 11).

Continue reading: Amy Pascal On Sony Departure, "All I Did Was Get Fired"

Could Spider-Man appear in Captain America 3?

Sony could go back into negotiations with Marvel concerning the Spider-Man character following the departure of Amy Pascal as chairman. It is probable that Sony Pictures chairman-CEO Michael Lynton will tinker with projects include The Amazing Spider-Man 3 but sequels to The Girl With the Dragon Tattoo are very much in doubt.

The biggest decision will indeed by how to handle the Spider-Man franchise. The Amazing Spider-Man 2 did decent business at the box-office but was slaughtered by the critics. There had been talks of letting Marvel Studios take some control of the direction of the character and with Pascal out of the picture, Sony may be open to renegotiating with the superhero studio, according to Variety.

Sony will fund Amy Pascal's new venture for at least the next four years.

Amy Pascal, the woman who worked her way up from production executive to chairman of one of the world's biggest movie studios, has stepped down from her role at Sony following the company's recent cyber-attack and email hack. Ms Pascal, who has overseen over 300 Oscar nominations, will start her own production company that will launch in May.

Amy Pascal is starting her new venture in 2015

Sony was temporarily debilitated by the cyber-attack which led to the leaking of numerous pre-release movies and which led the studio to suspend its North Korea comedy The Interview.

Ryan Gosling is interested in taking the only major male role in Paul Feig's Ghostbusters 3, while Jennifer Lawrence and Emma Stone are also being sought for parts. In a leaked email thread between Amy Pascal and talent manager Ilene Feldman - which reads like a love letter to Gosling - it emerges that the Hollywood actor is keen to join the movie. 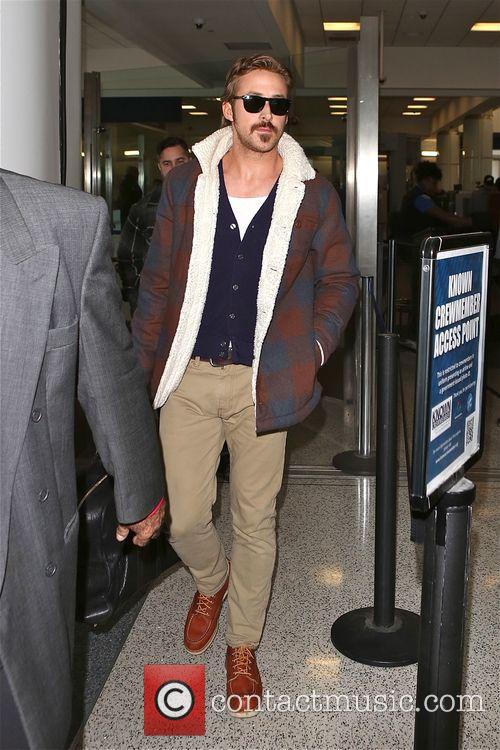 "Ryan absolutely loved you," Feldman told Pascal in an email dated October 3, 2014, "Said it was like speed dating because he was late after hitting every wrong gate on the lot. Not it should turn to marriage. He really wants to do something with you."

'The Monuments Men' was a critical disaster and George Clooney got very, very worried.

George Clooney lost sleep and sent a flurry of early morning emails to Sony boss Amy Pascal after critics ripped into his World War II movie The Monuments Men. In the latest Sony email leak, it is revealed that Clooney was worried about how Sony head honchos would react given the hugely anticipated movie appear to be taking a critical mauling.

George Clooney headed up the cast in The Monuments Men


On January 29, Clooney emailed Amy Pascal with the subject line "it's getting worse," and requesting "protection from all the reviews."

Amy Pascal's job could be in jeopardy after the Obama emails.

Amy Pascal's job could potentially be on the line after the latest emails in the disastrous Sony hack revealed a strange conversation in which Pascal and producer Scott Rudin appeared to mock President Obama's race. It is worth noting that Pascal is a serious Democratic Party donor.

In one passage, Pascal asked Rudin what she should ask the President at a Democratic party fundraiser organised by DreamWorks Jeffrey Katzenberg. "Should I ask him if he liked DJANGO?" asked Pascal, referring to the Quentin Tarantino movie Django Unchained, about a freed slave. The producer responded: "12 YEARS", with Pascal replying: "Or the butler. Or think like a man? [sic]."