Review of Say Us Album by Zeus

Making a fairly late dash across the line with their effort at making one of the best albums of 2010 are Zeus, with their fantastic debut full length album Say Us. 2009 saw their EP Sounds Like Zeus gain the band some attention with their wonderfully noisy cover of That's All by Genesis, a version which stretched and contorted the original versions radio-friendly piano melody with heavily distorted bass and guitars. It was fresh, new and exciting. Say Us does for the most part shy away from these guitar freak outs in favour of more piano-led melodicism, but that doesn't make it any less exciting or vital. 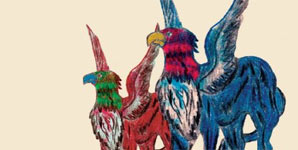 The album begins with How Does it Feel - a fast paced slice of pop genius. The sounds of the piano, bass and drums mixing in the bridge are almost genius, with delicate guitar stabs and some great vocals drifting nonchalantly on the top. It is magnificent, weird pop greatness.

Track two - Fever of the Time is once more piano driven, but much more minor key and haunting. The chorus soars in a Beatles kind of way, with some rich sounding vocal harmonies that sound almost like The Flaming Lips. The album really finds its feet on Fever of the Time, before delving into the distorted, joyous pop stomp of Kindergarten, which takes the album back in a major key direction, with fun, child-like lyrics like "all I want to do is clap/all I want to do is sing" it's simple and it's fun. What more could you ask for?

The sheer amount of textures and sounds explored on Say Us is astonishing. From the pop rock of Kindergarten, to the more laidback blues of River in the Garden, which wouldn't have sounded out of place on Robert Plant's Band of Joy album. Later on, You Gotta Teller gives Jack White a run for his money with its psych organ sounds and relentless vocal delivery.

The thing with Say Us is that every song could possibly have been a single. Marching Through Your Head - the actual single - is buried deep within the album at track number nine, and though it is enjoyable, it is hardly representative of the experimental nature of this brilliant album. 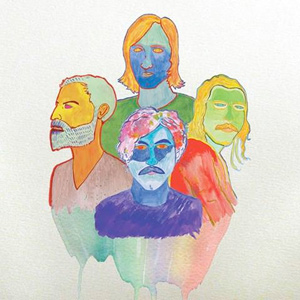 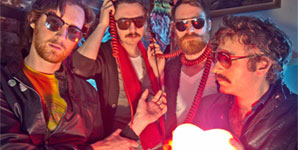