Review of Gold In The Shadow Album by William Fitzsimmons

It seems after five years of working quietly in the background, William Fitzsimmons may no longer be the shrinking violet of folk as his new album suggests in its confident glean of hope and healing. With a sound reminiscent of Joseph Arthur, Iron & Wine and Angus & Julia Stone, his songs are acoustically hypnotic, and painfully human. They have an elusive, magisterial power, one that engages with a vulnerability you might not have known existed. The people person of music, if you will. 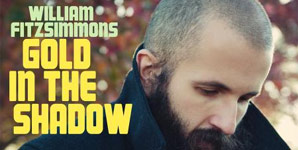 After exploring the emotions attached to his parents' divorce, and his own, on his past albums, he has now deployed Gold In The Shadow, a collection of fragile, majestic and often charming songs. And the title itself heralds a dualism of beauty and melancholy that Fitzsimmons explores vehemently throughout. He says of the album, "it's about sickness and it's about wellness". With his therapeutic, self-help mode of songwriting, William Fitzsimmons's songs are often an emotional necessity, and needless to say, Fitzsimmons's trademark lies in his ability to translate heavyhearted emotions into song, so when the optimistic side of the coin was addressed, skepticism ran rife. Happiness is hard to come by on the shrink's chaise lounge, after all. But surprisingly, the small glimmer of hope and resolution that emerges suits this purveyor of funereal folk, and marks a new maturity in his sound.

Though his amalgamation of acoustic guitar and muted electronic beats pay heed to the fey fragility of his voice, the lyricism of Gold In The Shadow is where the true crafting lies. New single 'The Tide Pulls From The Moon' is the perfect opener; sinister words pleach with a svelte percussion as Fitzsimmons whispers, 'You hide your filthy hands from all of us, still unseen and tied, what water these killing hands could ever clean'. It's familiar Fitzsimmons, but with an added intensity as the chorus melds everything together perfectly. Dominated by a new level of tenderness in terms of vocals, 'Beautiful Girl' is the track on this album that's ripest for an American sitcom soundtrack, a genre Fitzsimmons is all too familiar with after being showcased on the likes of Grey's Anatomy, One Tree Hill and Greek. 'The Winter From Her Leaving' is when we get to hear a more buoyant Fitzsimmons, though its title suggests otherwise. The bubbling guitar notes and growing beat on 'Fade and Then Return' outshine the vocal, which probably wouldn't be missed if left out. Halfway through, and the sharpness of the song's structures relent and lilt into an autopilot mode where melodies are bland and seem only halfway there. 'Let You Break' picks up the beat again with a welcome and haunting vocal from Julia Stone, and is a strong contender for best track on the album.

An album of simple, heartfelt songs that don't necessarily reinvent Fitzsimmons, but rather show a side of him where the glass is now half-full. And it's a refreshing, thirst-quenching sound. 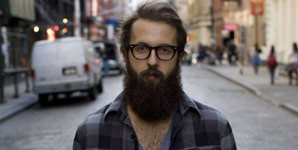 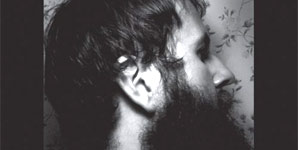 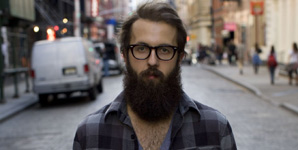