Upon release, Weezer's second album Pinkerton was met with much less favourable reviews than its predecessor, the classic Blue album. Over the years since its 1996 release however, Pinkerton has become something of a cult classic, often referred to as the definitive Weezer album. Certainly its inclusion in Universal Music's Deluxe Edition series (which includes such masterpieces as Nine Inch Nails' Downward Spiral, Beck's Odelay and indeed, Weezer's Blue album) speaks volumes for the turnaround in popular opinion on this album. 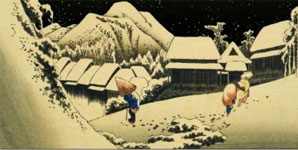 The original album is presented in remastered form, which doesn't really add anything to the sound, but classics like Pink Triangle, Getchoo and El Scorcho are all present and correct, sounding as great as they ever did.

Besides the original album, this deluxe edition features 25 extra tracks split over the two discs. These extras include B-sides, acoustic performances, live versions and even some previously unreleased songs. This is almost definitely a complete collection of just about everything from the era - although I'm not particularly sure all 5 versions of The Good Life (the original, a single mix, and 3 almost identical live acoustic performances) were necessary. Similarly the 5 versions of Pink Triangle become slightly tiresome. Don't get me wrong, the live performances are flawless and the acoustic versions offer a fresh perspective on old classics, but when the different acoustic versions sound almost exactly the same you wonder what the point in keeping them all on the album is.

In terms of the unreleased songs, there are six, which are all great songs. It just goes to show how strong a catalogue Weezer have that they can leave these songs in the vault, so to speak. The piano-led Long Time Sunshine would have been right at home next to a song like Butterfly, as would the brilliantly pining yet noisy Getting Up and Leaving. Tragic Girl is a five and a half minute epic that builds to a fantastic Weezer chorus. For me, it is the only song that can be judged as a 'Lost Classic'. It's a truly heartbroken and breath-taking number, with Rivers singing the line "You're a tragic girl/you need a tragic boy"

For completest Weezer fans, the treasure trove of previously unreleased material is well worth shelling out for. If you've never given Pinkerton a chance, this is an excellent excuse to do so.