Vince Staples is a Californian rapper who's displayed quite a lot potential in recent years. After a handful of mixtapes and EP's, he released his debut album, a double album, 'Summertime '06' in 2015. So far Staples has displayed his knack for writing solid hip-hop tracks with groove, memorable impact and hard, but cool flow. However, with his newest album 'Big Fish Theory', Staples takes it up a notch with a real game-changer. 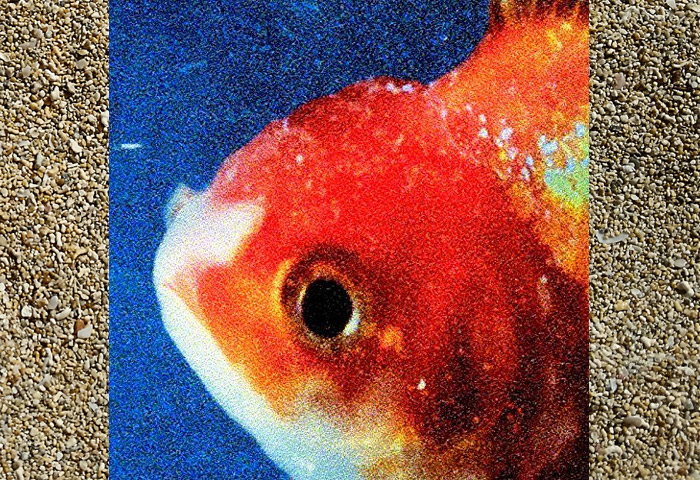 'Crabs In A Bucket' gets things off to an ethereal start, with warm, drawn out keys. However, there's also something of a party vibe to this song with garage-like beats and cut-up vocals. When Staples' vocals come in, the track really comes out swinging with him rapping so effortlessly it feels like the bars are just falling out of his mouth. He calmly spits a line about getting in the mosh pit as well as a line of social discontent 'Feds taking pictures doing play by play, they don't ever want to see the black man eat.' Kilo Kish appears on this song, delivering a glacial verse, to solidify this song's perfect balance of meditative and impulsive.

'Big Fish' goes a little more standard hip-hop with braggadocios lyrics, mainly about 'balling' and neon beats, however there's still a shade of strange, with the occasional warped beat sneaking it's way in.

'Alyssa Interlude' is moving, the track being driven by someone talking about getting over heralds to happiness as well as a failed relationship. It's especially sad when they speak of how they used to be 'so in love' but in their words and voice they just don't seem to believe in it as much now. The sombreness of this song is reinforced by morbid, flickering beats, however because the textures are animated there is fire to this song, making the whole thing even more powerful.

This whole record has A LOT of key features and it's impressive how each one makes a significant contribution, whilst this is still distinctly Staples' record. Perhaps the best example of this is the song  'Yeah Right.' For starters, you have revolutionary producer, SOPHIE, delivering his signature squeak to the track. It doesn't go as full-on, as perhaps a lot of SOPHIE fans would like, but for the purposes of the song and whole album, it's perfect, throwing in short, subtle stabs of warped wonkiness.

You've then got Kendrick Lamar offering his one-of-a-kind, blasé, yet meaning business voice and signature bouncing flow, which of course makes you pumped. Flume is also on this track providing what you can guess are the warmer textures, though it's a little hard to distinguish who's doing what, with SOPHIE holding back. With that being said, the production on this track is flawless, so props to both producers, whoever was responsible for what. Even with all this, there's still more as the highlight of this track comes in the form of Kucka blessing this song with an incredibly angelic and tender bridge and what's extra impactful is that it comes out of nowhere, being an absolute suckerpunch, but wholly down to surprise rather than muscle, as this is the kind of vocal that feels like it's giving you a hug.

Perhaps the most impressive thing about this record is how it manages to be so elusive and nuanced, but at the same time is all-guns-blazing. Both Staples' voice and the beats are rarely ever in-your-face, or attacking, but there is such a fortitude throughout the whole record.

Likewise, 'Party People', as the title suggests, is a song to party hard to. However, whilst it's got the banger flavour to it, with further lyrical themes of good times like 'party people, I like to see you dance', the beats are very cool and take their time, but they have muscle to them. This kind of technique that much of the record adapts, is akin to the toughest guy in the bar not taking part in an all-out brawl.

'BagBak' is the fiercest song on the record with politically charged lyrics like 'Obama ain't enough for me, we only getting started' and telling the 1%, the government, the president to 'suck a d*ck' because we own ya.' This track has the thickest and liveliest textures on the record, and even here it's more like a slow-motion walk from an explosion, rather than the explosion itself and is all the more impressive and effective for it.

'Big Fish Theory' is frankly outstanding. Whether you've never heard of Vince Staples or you've been familiar with him prior to this record, with it being such a breath of fresh air, you're going to listen to this and go 'where did this come from?!' It's got just about everything you could want in a hip-hop record and then some. It goes hard, whilst being chill, it works just as well for the clubs and parties as it does protests and talking about other issues. Marrying parallels is one of the hardest things to pull-off in music, but Staples has made it look like a walk-in-the-park here. There have been some excellent hip-hop records this year so far, but this takes the lead in the genre and maybe all of music, in 2017. 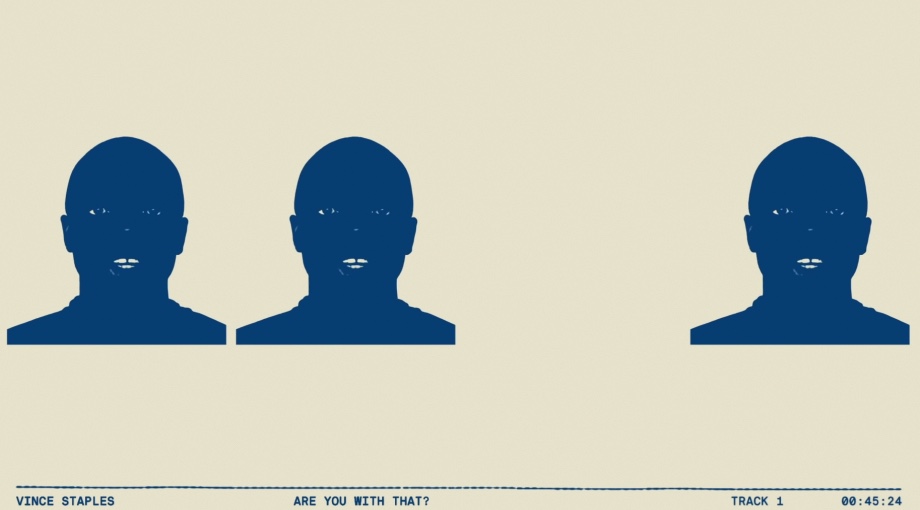 Vince Staples - Are You With That? Lyric Video Video