Review of The Jam Files: Past Present Future Album by Various Artists 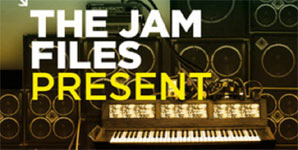 The Jam Files is, however, a lot better than its reliance on the oeuvre of a man whose defining moment is 1998's answer to 'Raining Men' might suggest. For a start - and this will come a shock to all newcomers to the label's output - there's more to Mousse T than 'Horny'. The veteran DJ's contributions include the expert slow-build of the brassy 'Brother On The Run' and the pulsing, bass-driven 'Join', both of which possess polish and class. There are plenty of other enjoyable cuts, too. Moloko's 'Sing It Back' remains a splendid piece of crooned, horizontal dance-pop, and the eight-minute Boris Dlugosch mix included on the 'Past' disc stretches it out languorously. Dlugosch is that disc's star turn: he also contributes the groove-riding house classic 'Keep Pushin''. The backwards-looking segment includes a number of other fondly-remembered tracks, most notably Ruffneck's 'Everybody Be Somebody', but finds no room for Mousse T's collaboration with Tom Jones, 'Sex Bomb'. Whether or not this was a decision made for artistic reasons, it works: the first disc has a coherent, unified sound, a relaxed house vibe which the pop track would only have disrupted.

The 'Present' and 'Future' discs find ways to extend and play with this sound, without changing it too dramatically. Unhurried, mildly funky house clearly remains the label's default style. The 'Present Disc' peaks early on, as Nico's mix of B.M.R.'s trembling disco-house track 'Starchild' is followed by another Dlogosch cracker, 'Never Enough', remixed by Christian Prommer and featuring a vocal by Roisin Murphy. The reworking of 'Horny' on the 'Future' disc, which transforms the original into a sparse, lean slow-burner, is passable, but is not the best thing there; that would be the funky wriggle of Autodeep's 'Set Me Free'.

The picture The Jam Files paints of Peppermint Jam depicts a record label run by enthusiasts devoted to dance music, loyal to its artists, and blessed with a coherent vision of the music it wants to promote. Fans of funked-up house will enjoy this introduction to their world.