Review of Smart Flesh Album by The Low Anthem

The Low Anthem's last album, 2008's Oh My God, Charlie Darwin was a strange record notable for its abrupt stylistic shifts. It sounded like it had been recorded by two completely different groups, one of them a good-time blues band and the other an introspective folk troupe. It contained some tremendous pieces of music, notably the plaintive, trembling title track, but at the time it was tempting to lament the album's lack of cohesion. Here was a band with a lot of talent; now, if only they could focus that talent a little more, and stop flip-flopping between entirely different visions like a musical Nick Clegg. 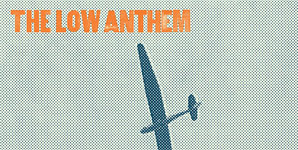 Be careful what you wish for. Smart Flesh is markedly more consistent, and as it turns out, consistency doesn't flatter the band. It settles early on into an ambling folk routine, and rarely deviates from it. From the competent sixties folk revivalism of 'Apothecary', all the way through to the, er, competent sixties folk revivalism of 'Smart Flesh', this is a record which sets its stall out early on, then refuses to leave that stall, even though the stall in question isn't really very exciting, and there's a better stall just down the road they could be occupying. At its worst, the record feels like a tour through a folk rock Madame Tussauds: a chance to witness some lifeless, unflattering recreations of sixties and seventies icons, and little more. Over there: a pale impression of Bob Dylan. This way, please, for some Leonard Cohenisms. The band's musical talents, and especially Ben Knox Miller's beautifully fragile voice, are wasted on this limp material.

The stifling, dull worthiness of much of the record is rendered more frustrating by its obvious stand-out moment, 'Boeing 737'. Now, 'Boeing 737' is not just better than the rest of the album, it seems to have been parachuted in from a different record entirely, an album recorded by a band unafraid of ideas and excitement. It's a raucous, dynamic track, full of sound and fury but signifying quite a lot. 'I was in the air when the towers came down, in a bar on the 84th floor', begins Ben Knox Miller; then he tells a strange tale which weaves together the 9/11 attacks and the exploits of high-wire walker Philippe Petit, who walked between the two towers on a tightrope. As the drums crash, Miller hollers, and the brass squawks exuberantly, it's easy to forgive the band their mistakes elsewhere. It's one of the best songs released so far this year. If they can capture that vitality more consistently next time around, The Low Anthem are capable of producing a very good album. 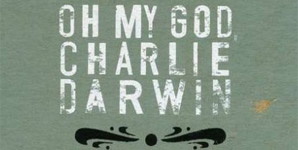