Tallulah Rendall's new album comes packaged with a gigantic hardback book. The book features pictures of a series of works of art inspired by her music. There's a good deal of impressionistic painting, some elaborate jewellery, a short experimental play featuring Patti Smith ('Patti: 'Seize the sea of possibilities'. Man: 'Surf it'. Patti: 'Surfeit of what?'), and what can best be described as avant-garde pole dancing ('Amy danced for eleven hours straight. She danced en pointe, from her lyra (hoop), on the pole, suspended in silks that hung from the ceiling, and finally by a lake'). All of this is tremendously absurd, and rather admirable because of it: face it, if Radiohead had commissioned something similar we'd be falling over ourselves to praise their reinvention of the album format. 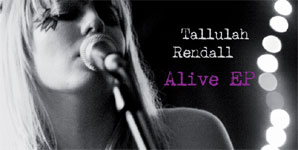 While the album's packaging is extravagant and creative, the music itself is disappointingly conventional. It's grandiose, maximalist rock and roll, full of attempted Big Emotional Moments. There's nothing inherently wrong with that, but the no-expense-spared multimedia collaborations led me to expect something more daring, or at least something which failed in an interesting way: in a sense, it's an album which has set itself up for a fall.

The most impressive aspect of the music is Randall's voice, which is powerful, charismatic, and, at its best ('Go Bathe In The Light') strong without being overwhelming; there are hints of Jeff Buckley. She occasionally over-emotes, but mostly avoids any lapses into Evanesence territory; she can do subtlety, too, although she generally only bothers with it when the subtle bit makes the imminent OTT bit sound even more impressive. The band are all competent musicians, and whip up blustery musical storms on cue, all crashing cymbals and dramatic riffs.

Less impressive is the songwriting: there are flashes of quality here, most notably the slow-building 'Colourblind' and the surprising change of pace 'Blind Like A Fool', a relaxed strummer. Too many of the other songs rely on the same set of ideas, and too few of them are memorable. If you're going to utilise the same musical pallette throughout, at least ensure that you use interesting colours.

Alive is a curious album: an impressive, adventurous package housing some rather less impressive and adventurous music. The amount of care and attention lavished on it makes me feel guilty for criticising it, but it's hard not to feel rather underwhelmed. A competent genre record, but nothing more. 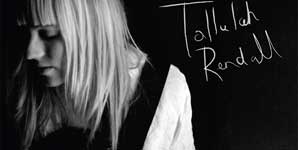 Tallulah Rendall - Lay Me Down