Review of Not Music Album by Stereolab

It's now eighteen months since Stereolab took an indefinite hiatus from making music. Many fans reacted to that news in the same way they would react to the end of long relationship, their initial sadness slowly turning into an acceptance that things hadn't been great for a while, and that it was for the best. The band's more recent material was consistently solid and interesting, but never scaled the heights of majestic older records like Emperor Tomato Ketchup. They seemed to have caught Mogwai-itus, trotting out a series of enjoyable but backward-looking records which refined and sometimes tweaked their sound rather than taking it in dramatic new directions. Not Music, which consists of songs recorded prior to the hiatus, during the sessions which produced Chemical Chords, won't do much to change this school of thought. It sounds exactly like you would expect a Stereolab record to sound, all krautrock rhythms and sweet pop melodies. Listening to it is therefore a pleasure, but at times it's a pleasure tinged with regret: like examining some memento of that long-term relationship, it leaves you remembering better times and wishing that things had turned out differently. 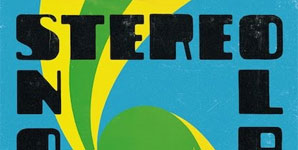 The band's fusion of propulsive kraut grooves and dreamy lounge music sounds as retro-futuristic as it ever did. Tracks like 'Equivalences' and 'Leleklato' are simultaneously charmingly pretty and sleekly mechanistic; this is music you could listen to while standing in the passenger lounge of the sort of shiny, luxurious space-port envisaged by sixties and seventies science fiction films. The band's music owes something to some of the more interesting sounds made during those decades. Witness the way in which 'Silver Sands [Emperor Machine Mix]', a ten-minute reworking of the Chemical Chords track, employs both John Carpenter-esque synths and a Neu! beat. Witness, too, the garage-rock indebted 'Sun Demon' and the Music For 18 Musicians influenced chimes that open 'Delugeoisie'.

Despite the diversity of these reference points, the band's music still sounds like variations on a theme. There's an always-present emphasis on rhythm, on pretty vocals and playful keyboard melodies. Some of Not Music's variations work better than others. Delicately beautiful opener 'Everybody's Weird Except Me' and the darkly groovy 'Two Finger Symphony' are keepers; other tracks, like the flat 'So Is Cardboard Clouds', are far less essential. Taken as a whole, however, this isn't a bad send-off record; it's a coherent, consistent effort which should please long-time fans and attract a few new ones.