Review of Kubrick Album by Soulsavers

Best known for their collaborations, Soulsavers - production duo Rich Machin and Ian Glover - creatively peaked almost a decade ago with 2007's It's Not How Far You Fall, It's The Way You Land, a heartbreakingly bleak travelogue in tandem with the gravel voiced former Scream ing Tree Mark Lanegan. Since then they've also worked with the likes of Mike Patton, Will Oldham and latterly Dave Gahan, the Depeche Mode frontman guesting on the sometimes miss but mostly hit 2015 collection Angels & Ghosts. 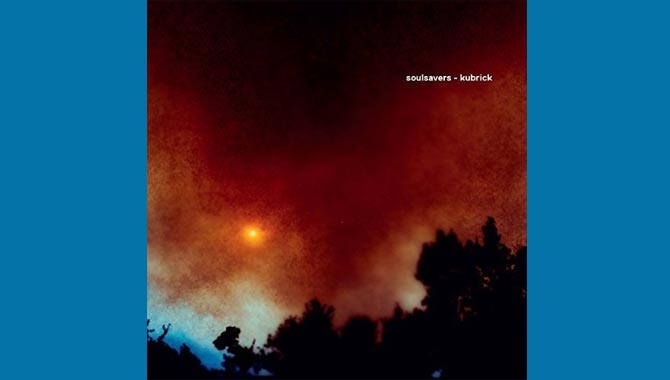 Released barely a couple of months later, Kubrick marks a swiftly adopted change in direction, as the duo abandon words to create an Octet of instrumentals based around characters from the films of Messianic director of films such as The Shining and A Clockwork Orange, who died in 1999. The result is neither a soundtrack in the traditional sense of loosely connected incidental music, or as a set of thematic pieces to set tone in specific scenes: instead each character gets their own largely orchestrated vignette, to which you assume the listener has to gauge whether they can join the dots between the subject and their representation.

Kubrick famously retreated in on himself in later years, rejecting Hollywood, and it's hard not to feel that the project's construct has been a little contrived to meet the music. Take for instance Torrance, the caretaker of the Overlook Hotel in The Shining, as played memorably by Jack Nicholson. Whereas the film's original score is full of savage jolts, the strings here are more circumspect but melodic, although the sombreness matches the endless, frozen end to which the character succumbs. Equally perplexing - and equally graceful - is Hal, a piece dedicated to the murderous AI computer in 2001: A Space Odyssey. It might reasonably assumed that it's Deus Ex Machina personality would produce menace, or even cosmic ephemera, but instead the highly subdued piano is more worthy of something from the needy tearjerker Kramer vs. Kramer.

More often than not Kubrick becomes trapped in the conceit of its high concept. Given the extra layer of subjectivity added by the listener in having to consider for example Kirk Douglas' portrayal of Dax in Paths of Glory in tandem, or that of Victor Ziegler in the director's final work Eyes Wide Shut, the exercise becomes far harder work than it need be. Everything here is in fact contemplative to the point of narcolepsy: only on Joker is there any sense of edge, the skeletal guitar and organ recalling a hint of what Death In Vegas could do with a similar platform at their late nineties peak. Whilst the gap between releases may be to an extent a false one (The material was recorded in various studios over several months) it may have suited the pair better to either bolster this homage with much more idiosyncratic grit or find a more sympathetic directorial alma mater. As it stands, it's all very nice, but you may struggle to find your motivation.