Simon Gregson has extended an olive branch to Liam Gallagher by offering to buy him a beer, after the pair almost got into a fight. 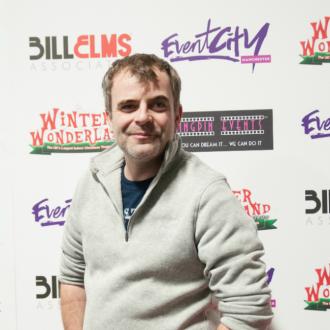 Simon Gregson has extended an olive branch to Liam Gallagher by offering to buy him a beer.

Liam, 47, recently revealed he almost came to blows with the 'Coronation Street' actor - who plays lothario Steve McDonald - when he drove by and ''flipped the bird'' at the former Oasis rocker, who then gave chase and tried to fight him.

But now, Simon has tried to put their past behind them by offering to bury the hatchet and take the singer out for a pint.

Liam tweeted over the weekend: ''What you gonna do with the rest of your life (sic)''

Earlier this month, the 'Shockwave' hitmaker revealed the pair's feud had been sparked decades ago, when Liam was at the Granada TV studios to film Oasis' debut TV performance.

He explained: ''We performed 'Take Me' at Granada TV Studios. After we did it, we thought we were amazing and we thought we'd go for a pint and the guy who is in 'Coronation Street', Steve McDonald, I was walking down the road with my jacket on and he's come out and he's staring at me and I'm staring at him and he's giving me looks back and I've gone, 'What you f***ing looking at?'

''And he's wound down his window and flipped the bird at me and then I've chased him down the road. And he wound his window up and drove off and I kept catching him at lights.

''He was coming out of the Granada TV studios where they'd been doing 'Corrie' and we had just been making our TV debut with 'Take Me' and he f***ing flipped me the bird. Can you believe that?''

As of the time of writing Liam is yet to respond to Simon's request for a pint, and they'll have to wait until July 4 to enjoy a cold one together, as pubs in the UK are currently still shut due to the coronavirus pandemic.