Shit Robot - From The Cradle To The Rave Album Review

Everyone in the music biz seems to have a story, and Irish emigre Marcus Lambkin has a whopper; after leaving Dublin for New York in the early 90's he soon became acquainted with one James "LCD Soundsystem" Murphy, founder of the legendary DFA label and - like I need to tell you - one of the key players in the noughties emergence of dance punk and twisted disco. 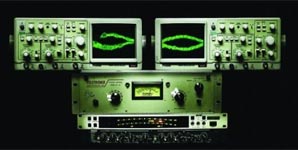 Despite nearly two decades of DJing (After initially using his skills as a trained cabinet maker to help build the DFA studio) From The Cradle To The Rave constitutes Lambkin's debut album under the Shit Robot pseudonym, one that he's admitted is broadly influenced by his early days attending warehouse parties on Manhattan's bohemian Lower East Side.

Those interested in Murphy's will he/won't he claim to be retiring LCD Soundsystem as a vehicle will note that he contributes on both production and vocal duties, the latter being on the acid-tinged closer Triumph. He's by no means the only top drawer collaborator; Hot Chip's Alexis Taylor adds his geeky falsetto to the soulful 8-bit tones of Losing My Patience, whilst Nancy Whang's turn on the supreme kitsch of Take 'Em Up sounds like a cross between LA psych poppers The Bird And The Bee and early Pet Shop Boys.

It's these moments that you sense what Lambkin is referring to when he says that From The Cradle To Rave has a "Poppy side". Happily however for the Detroit obsessed there are wide open spaces designed to facilitate their more utilitarian dancefloor nature. Opener Tuff Enuff pillages Kraftwerk's Trans Europe Express - but since when the hell has that ever been a bad thing - whilst I Found Love has all the trademark leftfield finesse of Carl Craig and I Got A Feeling similarly the euphoria of classic early house.

With a speed dial to kill for and his boss disapearing off into the background for a while, opportunity could be knocking belatedly for Marcus Lambkin: you assume his next outing will be less than twenty years in gestation.

Shit Robot - From The Cradle To The Rave