Some of the greatest, saddest songs ever recorded.

It's an interesting facet of the human condition that we can find beauty and, in some cases, solace in misery and heartbreak. Indeed, musicians have been doing it for years and made a lot of money doing so, simply because we love to wallow in sadness as people. We've put together a dramatic playlist that will no doubt cause you to shed a few tears. 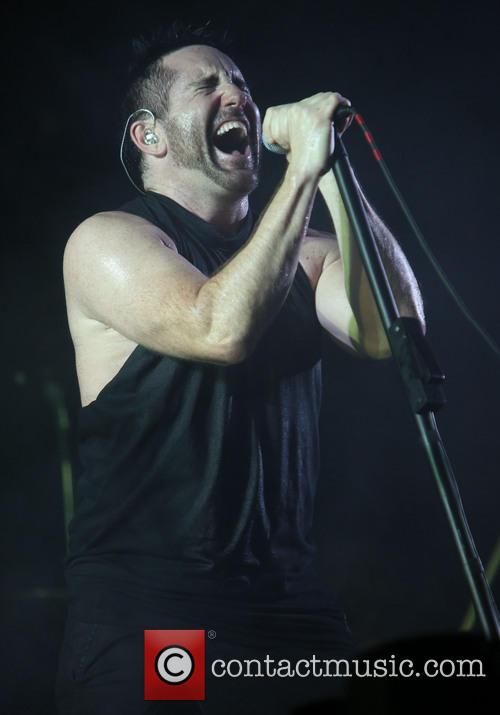 Released on the industrial rock band's second studio album 'The Downward Spiral' in 1994, this Grammy-nominated song received a surge of popularity nearly ten years later when country star Johnny Cash recorded it in 2003 just months before his death for his album 'American IV: The Man Comes Around'. The lyrics are very unambiguous and contain content relating to self-harm and heroin addiction.

Also known as 'The Hungarian Suicide Song', this 1933 composition by Rezso Seress is the subject of an urban legend of people being incited to commit suicide after listening to it - so much so that it was allegedly banned from many radio networks. There's no evidence of this anywhere, though after Billie Holiday popularised the English translation, it was indeed banned from the BBC, but that was for being detrimental to morale during the war.

Released during a turbulent time for Eric Clapton with the help of Will Jennings, this song was originally written for the 1991 film 'Rush', but it was no doubt influenced by some of the tragedies that had occurred in his life. The previous year, four of his friends and colleagues died in a helicopter accident, and then the following Spring his 4-year-old son Conor fell from the window of a 53rd-floor apartment. Writing the song was his way of processing his loss, and it ended up winning three Grammy Awards including Song of the Year in 1993.

It's difficult to pick just one tear-jerker from Radiohead, but this one is definitely a fan favourite. It used to be one of their most famous 'unreleased' songs; that is, one that they'd been playing live since 1995 but never found a place for it until 2016's 'A Moon Shaped Pool'. It's not just a sad love song either. Thom Yorke drew inspiration from many places, including a story about an abandoned and neglected child. When the studio version finally arrived, it was a powerful hit.

He's probably one of the most morbid rappers out there, but this track written primarily from the point of view of a crazed fan writing to his idol, Slim Shady, is definitely hard-hitting. Taken from 2000's 'The Marshall Mathers LP' and featuring a sample from Dido's 'Thank You', it gave rise to the slang term 'stan' as a portmanteau of 'stalker' and 'fan'. It's now considered one of the greatest hip hop tracks of all time.

6. There Is A Light That Never Goes Out - The Smiths

Again, one of those bands where there's a plethora of gloomy tracks to choose from, but 'There Is A Light That Never Goes Out' from their 1986 third studio album 'The Queen Is Dead' is a good example and one of their finest offerings. It's inspired by the James Dean film 'Rebel Without a Cause', and yt wasn't released as a single until 1992, five years after the band split.

7. Something In The Way - Nirvana

The final track on their 1991 second album 'Nevermind', this was a tricky song to record for the band given that the rest of the group had to tune their guitars to Kurt's out of tune Stella acoustic and play somewhat quieter than what they were used to. There was a myth that it was written when based on a period where Kurt Cobain was homeless and living under a bridge, but that was later dismissed as unlikely. Kurt even admitted that it wasn't necessarily autobiographical.

8. The Sound Of Silence - Simon & Garfunkel

Taken from 1963's 'Wednesday Morning, 3 A.M.', the basis for this track is unknown, though many believe it was written in response to the John F. Kennedy assassination. Paul Simon wrote it in his bathroom with the water running because he found it soothing. Funnily enough, the lyrics of this song are so unambiguously depressing that it has long been something of a joke; opening line 'Hello Darkness, My Old Friend' is now a hugely popular meme.

This break-up ballad from 1965 album 'Help!' is such an iconic tune that it was inducted into the Grammy Hall of Fame in 1997. Paul McCartney claimed that he composed the entire song in a dream, and at first worried that he had plagiarised somebody without realising it. As downbeat as the song is, it became something of a joke between Lennon and McCartney when they couldn't work out the right lyrics for it and gave it the working title of 'Scrambled Eggs'.

Arguably their second biggest hit (after 'Losing My Religion') but it's not on the same level sorrow-wise as some of the other tunes on this list. In fact, it's actually an uplifting acknowledgement that you're never alone no matter how much pain you're feeling. Still makes us cry though. Originally released on the 1992 album 'Automatic for the People', it was covered by a number of artists in 2010 as the Helping Haiti charity single.

Not even Sinead O'Connor got stop her lonely tears from falling in the iconic video for this Prince-written 1990 hit. It's another break-up tune, featuring on her record 'I Do Not Want What I Haven't Got' and she actually became the first female artist ever to be awarded with MTV Video Music Awards' Video of the Year.

Released on their fourth album, 1972's 'Vol. 4', this is probably Black Sabbath's most accessible track in their back catalogue. It hardly makes for a live staple, it being a despressing break-up ballad rather than a horror-themed onslaught. Ozzy Osbourne re-recorded a new version with his daughter Kelly Osbourne in 2003, while the original was sampled by Eminem on his 2010 song 'Going Through Changes'.

The song was released a month after Ian Curtis' suicide, and subsequently the title was inscribed on his tombstone at the behest of his wife. It's rather an inversion of Neil Sedaka 1973 song 'Love Will Keep Us Together', and rather than being a break-up song like some of these other sad hits, it's more about a couple struggling through a rough patch of their relationship.

'Nobody loves no one', Chris Isaak croons at the end of this utterly miserable classic. Released on his 1989 album 'Heart Shaped World', it only became a hit when it featured on the soundtrack to David Lynch's 1990 film 'Wild At Heart'. It's undoubtedly the singer's biggest hit and became the title of his first compilation album.

Just because love and romance can be the most depressing things in the world when it all goes wrong, this classic from the album 'The Joshua Tree' is all about Bono's struggle with balancing his responsibilities as a husband with those of being a rockstar. It's one of the band's most well-known songs and is still a big part of their live sets.