The new video is taken from their forthcoming EP 'Add Violence'.

Nine Inch Nails treat us to a kaleidoscopic light show with their latest video for the single 'Less Than'. It's a blast from the past with its 80s video game themes, and it comes just a week away from the release of their newest EP 'Add Violence'. 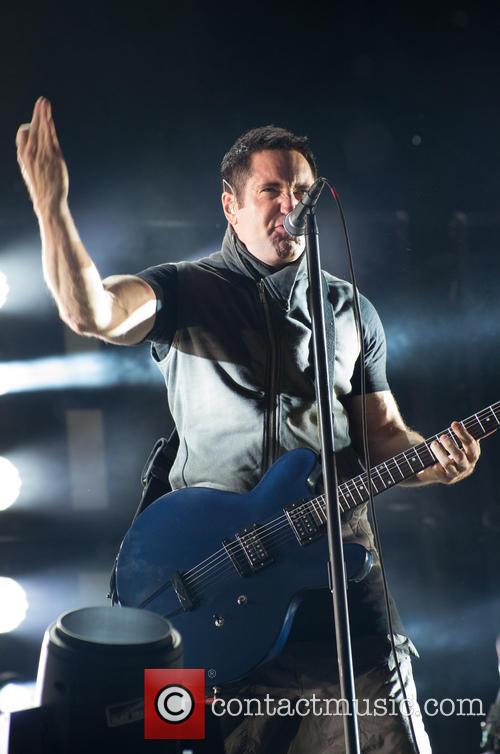 The video, directed by Brook Linder, was unveiled yesterday (July 13th 2017) and was produced with the help of Jeff Minter and Ivan 'Giles' Zorzin of Llamasoft who have developed the urban legend of video games, 'Polybius', into a real virtual reality experience.

This quirky idea for a music video resulted from a Twitter message that frontman Trent Reznor sent to Minter. 'He mentioned that he'd enjoyed Llamasoft's stuff and he had an idea to discuss', Minter told ARS Technica. 'Of course I was super chuffed to hear he'd liked our work, as I've enjoyed his a lot over the years too!'

Apparently, the 'Polybius' themed music video only took a few days to create, though Minter was extremely 'anxious' about how NIN might feel about his creation. 'I just did stuff that I felt went well with the energy of the music, and I was really pleased when Trent liked what we'd done', Minter continued.

It's only been seven months since the band; who are Reznor and Atticus Ross; launched their 'Not the Actual Events' EP, and 'Add Violence' marks the second in a trilogy of promised EPs. They made a pretty epic promotional appearance this year on the 'Twin Peaks' revival series, where they performed 'She's Gone Away' from the first EP at fictitious music venue The Roadhouse.

Along with 'Less Than', the other songs on the new record are 'The Lovers', 'This Isn't the Place', 'Not Anymore' and 'The Background World'.

'Add Violence' is set to be released digitally on July 21st 2017 via The Null Corporation. Physical copies will be on sale from September 1st.