Review of With You Tonight Album by Summer Moon

2017 appears to be for The Strokes what 1978 was for Kiss: a year in which you won't get one collaborative, focused album from the main band but instead several solo ventures from the band's constituent members. We've already had the passable debut of Nick Valensi with CRX, and no doubt Julian Casablancas and Albert Hammond Jr will be cooking something up, but Summer Moon sees the bassist, Nikolai Fraiture take the mic. 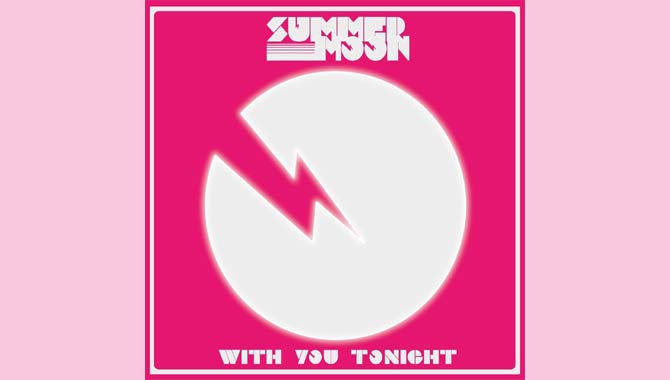 The album opens with Happenin', a claustrophobic mix of white boy funk and post-punk led by a bouncing Gang of Four bassline. The drawling, lazy Casablancas-aping vocals and sprinklings of percussion are just window dressing to the domineering bass guitar. It isn't a million miles from The Strokes but as an opener it doesn't really make much impact. So far, so predictable.

Next up is the title track, which trades in the uneasy post-punk vibe for a much more overtly disco direction. Fraiture had enlisted Stephen Perkins of Jane's Addiction to play drums in Summer Moon, and for a man with such a distinct style and high pedigree, he is largely anonymous for much of the album, but puts in his star turn on the bongos on this track, which, apart from the bongos doesn't really go anywhere.

Tracks three and four lift the affair somewhat with some female vocals and a quick blast of unexpected punk energy before Chemical Solution once again drags the LP back into anonymous new wave territory.

All of this said, there are some strong moments on With You Tonight, such as the guitar interplay in the coda of standout track L.I.T.A, and the dramatic conclusion of Car Vs. BLDG, but there just aren't enough of these to outweigh the completely middle of the road moments on offer elsewhere. The less said about the song Girls on Bikes, the better.

Overall, this is not a good album. If any good has come from it, we know that Nikolai Fraiture is at his best holding down the fort in his main band and that Stephen Perkins can still hit a mean bongo riff. This is definitely one for the completest Strokes fan.