She Drew The Gun - Memories Of The Future Album Review

Hailing from Merseyside, She Drew The Gun are fronted by Louisa Roach, who caught the attention of The Coral's James Skelly.  Initial collaborations for an EP evolved into this full length release, which will be promoted with a number of shows over the coming months, including a homecoming slot at the Sound City Festival in Liverpool. 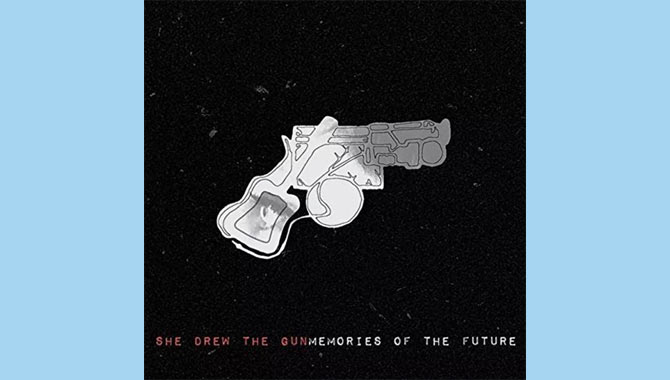 Opening with the dreamy 'Where I End And You Begin', SDTH create a soothing atmosphere as Roach displays a lush vocal talent, which has a touch of Amy Winehouse about it.  A cinematic turn comes from 'Since You Were Not Mine', while 'If You Could See' is haunting soul that doesn't quite make the grade.  The simple acoustic nature of 'Pebbles' once again allows Roach's voice to shine, while 'I Am Not Alone' is a beautiful slow-burning cut.  'Poem' is an unimpressive track that is reminiscent of a Lily Allen delivery, while the surprising injection of pace and dynamic from 'Pit Pony' is misplaced.  Ultimately, 'Memories Of The Future' doesn't quite figure out what it wants to be, lacking consistency and at times, interest.  There is absolutely no doubt that Roach is a talented singer and with the right material, there could be a bright future.