Khompha - The Shape Of Drums To Come Album Review

Review of The Shape Of Drums To Come Album by Khompha

Calling your album, the shape of something to come is bold, but if you've got the skill and something special to back this claim up, there's no reason to fear. 'The Shape Of Jazz To Come' by Ornette Coleman proved to be an experimental jazz milestone, Refused's 'The Shape Of Punk To Come' ended up being the template for 21st century hardcore and now KHOMPA's debut album is titled 'The Shape Of Drums To Come' where he delivers a unique way of playing using only a regular drum kit and electronic drum triggers to build his sound, making things interesting and minimal, but will it prove to be the shape of drums to come? 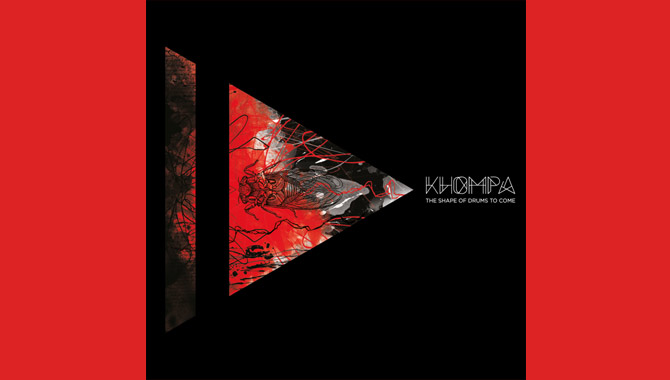 'Nettle Empire' kicks this thing off with a parade-like atmosphere made by marching band-esque hitting of the drums and shiny, jovial beats from the programmed elements, displaying this combination of organic and computerised to already be a winning one. You can imagine there being a march of colourful, flamboyant, people in the street to this track.

'Religion' on the other hand is more intense and sinister with the playing having more fury and being more driven whilst the electronic elements are more muscular and darker, like they're not to be trifled with.

It's full-on party mode on 'The Shape' with sporadic rhythm and colourful, hyper electronics that just wiz about. The drums get really tumbling at the end to fully get you going. 'Louder' is blunt and cutthroat with stompy beats and stiff, but speedy drumming from the human side of this project.

It's quite the achievement that KHOMPA is able to conjure these various emotions and atmospheres with just the power of drumming alone, as well that he's colliding these two worlds of man and machine so directly for each of them to strengthen the other.

'Make The Operator More Productive' is cold and chilling but does come with a dose of adrenaline. The electronic soundscapes are ghostly taking the form of hazy shards, whilst KHOMPA's drumming is boisterous and blood pumping making for a track that infiltrates your head and make you want to move. 'D.A.C.' meanwhile dives further into bleakness with throbbing industrial beats, and tougher, less breezy playing.

Closer 'Wrong Time Wrong Place' is a vastly different beast to anything that's preceded with sparse clattering on the kit and fuzzy textures way in the background whilst some firm, sombre piano playing makes this a moody, slow-burning monolith, that goes on for eight minutes. It's a surprising and therefore fitting end to this album which does quite a bit to raise one's eyebrow.

Overall this is an impressive record with a lot of ambition, where it succeeds in all the goals it lays out for itself. It tries to do something new, it tries to do a lot with a little, it tries to bring differing elements together and it pulls all these things off. Could this be the shape of drumming to come? Maybe.