Nearly two and a half years since the release of her arresting debut album 'On Hold', Fenne Lily returns with her second album 'Breach'. The mesmerising melancholy of the first album is very much in evidence, however Fenne has moved forward, changed tack slightly and layered her sound to make an album full of beauty and discovery. 'Breach' explores what it means to be alone but also the difficulties and challenges thrown up by loneliness. It's a search for identity from the ever inquisitive and oft restless Lily. 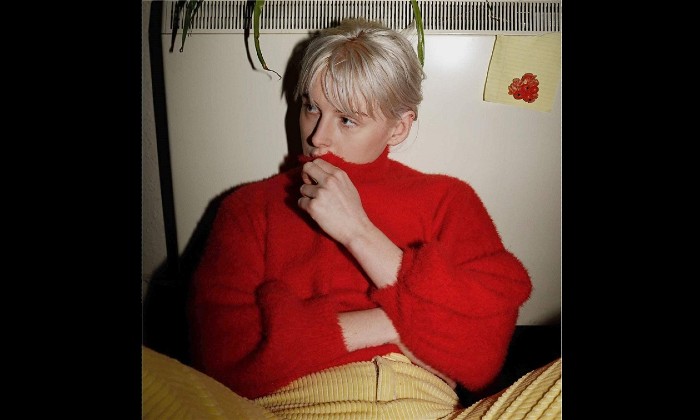 The core elements that made 'On Hold' so captivating and necessary are all present here, only this time around there is more of an assurance than a reservation. Fenne still pours her heart out, is still unflinchingly open and honest, and more than ever now captures a moment in time and brilliantly puts that into song form. The self-taught Bristol-based musician may have had a relatively short life from which to draw on her experiences, but those she's had have all been faultlessly preserved.

Fenne is already a master at crafting achingly beautiful, heart-breaking songs but is also now not afraid; in fact, she is revelling in the introduction of bolder, even at times scuzzy, guitar breaks to add a further dimension to her newer songs. Previously this year, we've been afforded a glimpse of Fenne's occasional trajectory swerve on 'To Be a Woman Pt.2'. The duality within the construct of the songs continues elsewhere on Lily's latest album. Her August single release 'Solipsism' pulls on driven, pulsating beats, more urgent guitar riffs and a piano and organ combo that make for a cracking arrangement. The latter part of 'Berlin' is also infused with increasingly distorted guitar and more immediate percussion, whilst the introduction to 'Alapathy' is full of intense frenzied feedback.

It is in the warm, cocooned safety of Fenne's gentle lullabies, tragic ballads and reflective daydreams, however, that once again you find yourself unable, and unwilling, to free yourself from their hypnotic grip. If Fenne's album were a TV series it would be a repeat binge watch. This is a collection of songs you can flit between but is so much more as an album listened to in full, and without interruption. Fenne has said that she herself finds it difficult to switch off, to tune out and to idle, even resorting to exotic cigarettes at times as an encouragement for her body and mind to do so. This seems extraordinary given that most of her songs are slow dreamy affairs that wash over you with a sublime serenity.

Just as 'On Hold' held you fixated in a world torn apart by a failed relationship and all the baggage that comes with dealing with the break-up and the ultimate inward reflection and analysis, 'Breach' keeps you immersed in an irresistible comfort blanket of sound that you never want to escape. The string arrangements are understated and deftly set, the lyrics revealing and gripping in equal measure and Fenne's vocal, just a wonderful, smouldering vehicle for some extraordinary creations. Fenne's Folk takes an Avant Garde twist and gives up some bold compositions.

The twelve songs that make up 'Breach' start with 'To Be A Woman Pt 1', the prequel to the earlier single from this year, but then we are quickly introduced to Fenne's foray into a more energised, fervent sound with the singles 'Alapathy' and 'Berlin'. The three-song sequence that then follows the singles is flawless. The gentle tenderness in the reality of 'Elliott', the lo-fi majestic misery of 'I, Nietzsche' and the absolute serene triumph that is 'Birthday' make for an undeniably strong triple header. The hooks and melodies may seem modest and introverted but they are so brilliantly contrived. Album highlight 'Birthday' is a real heart on your sleeve moment. It's honest, true, traumatic even, but somehow remains captivatingly beautiful: "You're telling me I'm in your head like it's a good thing, you're telling me she's in your bed like it was nothing". 'I Used To Hate My Body But Now I Just Hate You' and close-out track 'Laundry And Jet Lag' are similarly set with Fenne recounting some of the low points in her life where relationships and love have imploded or have been unreciprocated (it probably makes for a hellish personal life but it also makes for some devastating songs).

Fenne Lily, you imagine, will probably be forever asking questions of herself and the world in which she lives in. The album title itself arises from a conversation with her mother about her birth, but also muses on the double meaning of the word. In between painting ceramic pots, planting urban roof gardens, contemplating pasta collages, giving tattoo tutorials and discussing questionable tattoo decisions as part of her 'Bath Time' chat series, Fenne continues to strive for the answers she's looking for in a world she's not always entirely comfortable in. "It's not hard to be alone anymore, though I'm sleeping with the keys in the door", she sings as she expresses her double-edged emotions. Long may she keep asking the questions, and long may she keep making music as good as this.