Review of Arca Album by Arca

Alejandro Ghersi has gained a considerable amount of production credits throughout the years ranging from Kanye West, FKA Twigs and Bjork making him one of the most sought after producers in the modern day. Renowned for his embracing of all things which are “in-between states” as he calls them, which extends further the music he makes and genre he finds himself skirting, but also extends to that of gender and emotional exploration. The latter two bathe his self-titled latest, and reach out with an open hand, welcoming the listener for the first time into his world of grotesque beauty. A sound that can be best described as informed by gender fluidity and queer identity as synth heavy horror scores from the 1970's. 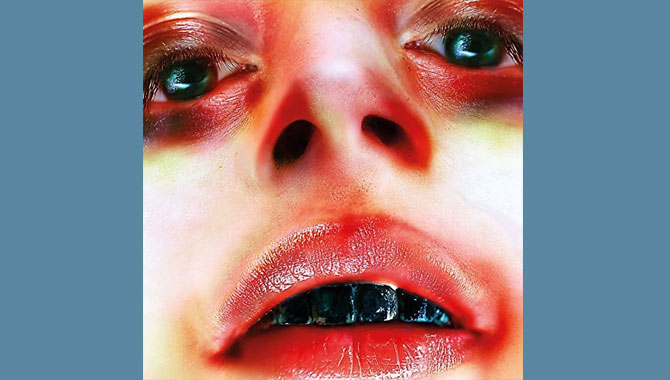 Ghersi's prior releases in XEN and Mutant demonstrated a dense and obtuse producer, an artist capable of alienation and industrial dissonance few contemporary producers can achieve. However with the self-titled Arca, he has morphed once more to provide his most engaging and emotionally visceral release to date. The use of Ghersi's voice bleeds throughout this album and provides an intimacy which hasn't been revealed yet, his voice alternates between hushed longings and shrills of exasperated pain. 'Arca' gradually shifts his style from the ethereal and dissonant onslaught of prior releases towards a more traditional structure, revealing a voice as inviting as it is harrowing consistently throughout the record.

The reintroduction of his vocals since his adolescent side-project Nuuro blend remarkably with the chaotic form of his work as Arca, suggesting a narrative to the work he is now creating. It is the first instrument you hear on album opener 'Piel'. This blend works wholly to his advantage as it feels like the official invitation to his listeners into the world he has formed, guided by a solitary voice of unadulterated melancholy. The marriage between his vocals and electronics evokes the likes of Björk, particularly when his voice catches on 'Anoche', yet when he reaches his high register the resemblance of ANOHNI becomes forthright. What distinguishes Arca as wholly his own are the contorted and sparse figures he forms around his voice, making this album much more striking than previous releases.

The self-discoveries that Ghersi makes and reveals on this album show an artist at a point where they're able to write their most relaxed and intimate songs to date. It is still incredibly mysterious throughout but in no way is it as inaccessible or opaque. The initially extended arm keeping the listener at distance now gestures to the listener and invites them in for the first time, and the result is truly special. The best example of this exploration is probably the differences between the three tracks 'Corage', 'Whip', and 'Desafio'. The first track is essentially a piano ballad in which it sounds like Ghersi is singing through tears at one point, his delivery is in whispers and almost drowns by the climax. Within seconds, 'Whip' completely strips you from any emotional sentiment which may have just occurred into a violent onslaught of the sound of a bullwhip rapidly and incessantly flailing. On 'Desafío' he uses prior work he has done for pop music through the likes of Kelela, Kanye West, FKA Twigs and others and melds them into a densely detailed yet unbelievably catchy pop song. It's joyous in its warm synth melody and dreamlike drumming. It's probably the best song on the album simply because it takes everything he's ever done and somehow makes it impossibly accessible for anyone to enjoy.

This album is a welcome return from Arca, and somehow he still manages not to reveal everything he's capable of while revealing almost everything about himself emotionally. It's a fascinatingly absorbing listen, and it’s a world well worth submerging into.