Driving down a country road late one night, just south of San Francisco, Sheriff Paul Del Moral (Pepe Serna) hits a mysterious figure in the fog. He is able to make out the face of the young Japanese man, yet he disappears before Moral can speak to him. Acclaimed Japanese mystery author, Aki Akahori (Ayako Fujitani), arrives in San Francisco at the same time, meeting a man that she soon begins an affair with. Moral finds his mysterious target dead, soon after, and the only lead he has to go on is that Akahori was the last person seen with him. The problem is, she was seen with him after his body was found by the police. 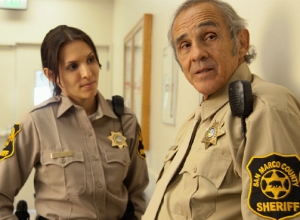