Jared Leto admits he doesn't mind that his Oscar award already has some wear and tear because he thinks the dents give it ''personality''. 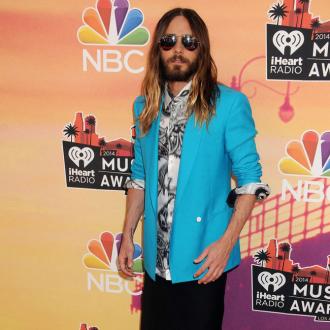 Jared Leto likes his Oscar award with ''scuffs and bruises''.

The 'Dallas Buyers Club' star won the Best Supporting Actor prize for his role in the biopic at the glamorous event in March, but he doesn't mind that the trophy has already been damaged because he thinks it gives it a better story.

Speaking to 'Access Hollywood', he said: ''I wasn't shy with it. I let people kind of take pictures with it and have fun and I think that's what it's really about. It got some scuffs and bruises, but it's all the better for it, more personality.''

However, it didn't take the 42-year-old actor long to give the gong its first dent as he managed to smash it on a bannister just two days after receiving it.

He said at the time: ''True story, I was letting some of the people that I work with take a picture with the Oscar, and I was carrying it downstairs and boom - I hit the railing on the stairs and I put a little nick in the back of it.''

Meanwhile, the 30 Seconds to Mars frontman has decided to stash his award in the kitchen, disguised by some food, so that he can look at it every time he comes home.

He said previously: ''The Oscar is sitting in my kitchen guarded by some vegan butter and a bag of popcorn.''