Now signed to the Red Bull label (Set up by the drinks manufacturer to tap into the young male audience, it says here) after being ditched...er, parting company with Island after 2008's eponymous only major release, American trio Innerpartysystem are back with six track EP Never Be Content, designed as a prelude to a full new album release later this year. 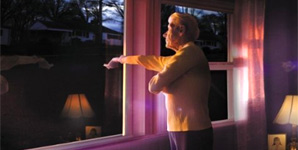 Despite some of it's pretences, their debut showed glimpses of potential, at times almost matching The Crystal Method's ability to conjure up something club orientated and yet genuinely exciting that wasn't just another shade of dubstep. Fast forward three years however and that formula is most definitely showing it's age.

Example? Take opener And Together, still using the cliched vocoder and bleeping along with that patented sub Daft Punk take on post-modern techo. The following Money Makes The World Go Round is little better, sounding gratingly like sequencer error, or if you prefer a million cocaine smiles and a laser pen in the eye full of boredom. It's all very noughties, and when 'System front man Patrick Nissley doesn't want to be David Guetta making stuff that sounds like it's ambition is to be licensed to a Nike advert, he's ripping off James Murphy in the laziest way imaginable, such as on the nation-baiting self flaggellation of American Trash.

With a profile as far from Zack de la Rocha as you can imagine, all this targeted misanthropy sounds phony, and the best moment is where the boys duly reveal their inner cheese on Out Of Touch, a slicker excercise in babyfaced synth pop which comes across as about as revolutionary as knitting. Words like "Punk" and "Industrial" are thrown around casually when referring to Innerpartysystem's work, but fans of Nitzer Ebb or Black Flag can cancel any downloads right now, because on this evidence any resemblance that the American trio have to either genre remains strictly a passing one. 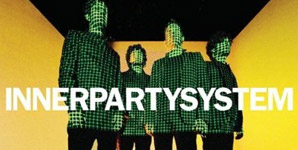