Hands Like Houses are no strangers to writing exceptionally good albums and their latest album Dissonants is no exception. The band, from Canberra, Australia, released a few juicy tracks before the album was even released, but I am, Colour Blind and New Romantics were just a taster of what incredible musicianship was to come. 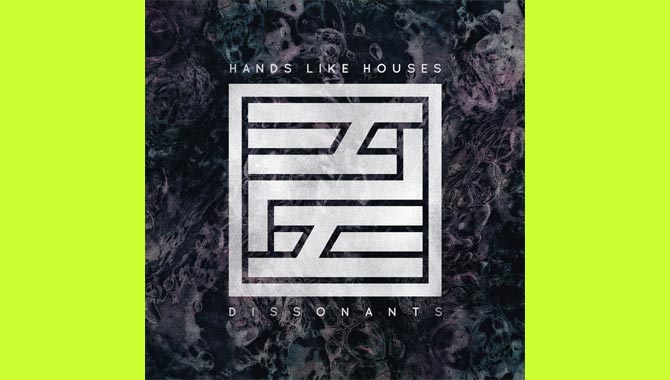 With powerful guitar riffs ripping their way through the album, each track just gets better than the last. Perceptives and Bloodlines are two of the best tracks on the album, and it's almost disappointing when it ends. Like any good album, it leaves you wanting more so it makes you keep playing it over and over again. Disonnants took quite a while to be released but as Trenton Woodley, lead singer of Hands Like Houses, said: "It's better to get it right than to get it done." And this is exactly what they did - and Dissonants is so very right.

Disonnants mixes the melodic sound of their previous albums Unimagine and Ground Dweller which became such huge hits with their fans, but blend that sound with some of their heaviest music to date. The two sounds are perfectly balanced with one another, creating a combination of music that is hard for any other band to manufacture. Right from the beginning of the album, it's loud and it's powerful. It's almost like a 'hey this is our new sound!' as Trenton Woodley shows off some of his incredible vocal ability. But then Perspectives balances this instantly with a familiar melodic track that is fine tuned into creating one of the best tracks on the album. The flow between old and new has been perfected on Dissonants, and isn't too overwhelming for existing fans of the band.

Lyrically, the album is second to none. Dissonants touches on some really heartfelt topics such as being away from home, being insignificant and so many more. Woodley's vocal ability makes these topics come to life throughout the songs. The album is a huge achievement for the band, who have managed to find the perfect balance between old sounds and new; poking one foot in the realm of mainstream, yet maintaining their unique character. There's a lot more to come from Hands Like Houses, and at this rate they have a very bright future.