David Guetta - Nothing But The Beat Album Review

Review of Nothing But The Beat Album by David Guetta

David Guetta is on top of the world and it seems there is nothing that the Frenchman can't do. After recently topping DJ Mag's top 100, knocking a certain Armin Van Burren off his pedestal that lasted four years, Guetta is seemingly untouchable. The producer/DJ is surely at the top of his game and has now successfully taken house music to the states and incorporated his beats and breaks into their urban music, whilst bringing some of hip-hop and RnB's biggest stars into the mix. 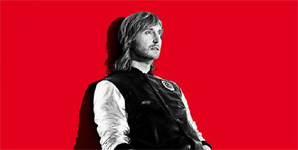 His latest two disc album 'Nothing but the Beat' is testament to this, with his first disc featuring some huge names including Ludacris, Snoop Dogg, Usher, Jessie J, Will.I.am, Akon, Timbaland, Lil Wayne and Chris Brown. Whoever would've thought you'd see the day that hip-hop and RnB would be taking their beats from a house producer from Paris.

Even the king of hip-hop production, Dr Dre, has admitted that the disc jockey blew him away when he visited the Parisian in Ibiza this year - a feat that not many could accomplish.

His work ethic is hard to match, and is why he has tunes being smashed out all over the radio whist the ravers are throwing their hands in the air at every club in the country. Unless your taste for music sides with indie/metal or rock, it's pretty hard to escape from the musical entrepreneur at the moment.

However, the first cd on 'Nothing but the beat' entitled 'Vocal album' is a sign of his musical plethora (although naming the cd's in this manner is really reaching out to the simpletons). Diehard fans of house will accuse the man of selling out and leaning towards a type of music that is pure cheddar, whilst radio one listeners will be revelling in his latest collaborations.

'Where them girls at' was released early summer, and whilst pop fans all over the world indulged in the tune that featured Flo Rida, true house fans were left bemused by what the DJ had become.

In 2009, Dizzee Rascal and Calvin Harris combined to create club tunes that mixed urban music with its electronic counterparts. The whole of the first cd on 'Nothing but the Beat' is like this, and if that is your cup of tea, the cd is well worth a listen.

'Little bad girl' features Taio Cruz and Ludacris, and provides the simple beats and breaks that are home to your local club, but doubt the track will be well received in somewhere along the lines of Ministry of Sound or Fabric.

Guetta is at the stage in his career where true electronic fans will accuse him of selling out, where all he has really done is take his music to the next step, and of course that will upset the house fans who use to love him. 'Little bad girl' currently has over 40million hits on YouTube.

His third and current single features Usher and provides the same cautious and simplistic beats that please the average radio one listener, however, I doubt the music would be well received on Pete Tong's weekly show.

'Sweat' is a far more upbeat tune that gets the head nodding and makes you break out. With Snoop providing the cool, calm and casual smooth talking lyrics, the beat contrasts his laid back approach but both elements complement each other. Using samples from 90's rave artist Felix - 'Don't you want me' works well with Snoop, though, 'I just wanna fuck' featuring Timbaland and Dev, is too much and superabundant.

His second cd entitled 'electronic' (again, did we really need that explained to us?) is what I and other electronic fans expect from the French master. Collaborating with Afrojack and Avicii on some tracks, this cd is something you will hear at Ministry and in Pete Tong's weekly show.

'Sunshine' features rising DJ Avicii, and together, they are and should be impervious to erroneous house music. The track has all the elements a house tune should have and will no doubt be a hit. The same can be said about 'Toy Story', whilst 'Glasgow' is very heavy and 'Paris' is excellent with beautiful euphoric break downs that flatter a stomping beat!

Credit is due to Guetta for trying to please the masses with this two cd album that is aimed at pleasing a wide range of audiences. After his record labels went bust in the mid naughties, the Frenchman is now a long way off the 'Walking away' tune that restarted his career (most of you will remember that track from the Citroen/transformer advert).

For me, the 'vocal' cd is too commercial and pop orientated, but they are proving successful and it is hard to argue against that. The 'electronic' cd is far superior and well worth a listen for the true fans of electronica.