Review of The Preview Album by Chiddy Bang

From Philadelphia, Chiddy Bang - duo Noah 'Xaphoon Jones' Beresin and Chidera 'Chiddy' Anamege - come from a reality that's a long way removed from Will Smith (Apparently you're four times more likely to get murdered there than in New York) but in ways that are sometimes hard to describe, the pair manage retain some of the effervescent, cartoon feel of his turn as The Fresh Prince of Bel Air. 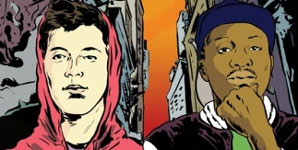 The Preview is an eight track EP that follows on from a couple of much talked about mixtapes, and where else to start than on the MGMT sampling Opposite of Adults, the one that you'll remember turned Kids from the quaintly psychedelic into something a little street tougher and doused with a greater sense of urgency. It's typical of the pair's stick-it-in-a-blender approach to hip hop, although their rhymes could admittedly do with some work: 'It's drama and you're your Svetlana, and I'm just a rhymer, swimming in the water trying to dodge the piranha, fly to Bahamas, pretty little mamas'. Samples of both Darwin Deez and Passion Pit lurking elsewhere however should tell you that Chiddy's target destination is not the rap-king territory of a superstar 'Lil Wayne or Rick Ross.

If most of The Preview is filled with the standard usual tales of hustlers made good and the allure of the game, musically it's a cut above the dozens of wall-to-wall identikit neo-soul/r'n'b crowd that it's jostling for attention with. Full of fizzing low rent synths and cheesy, trill autotuned harmonies, twice it steps into territory that more than whets the appetite for next year's The Swelly Life, first on the childishly epic All Things Go, and then latterly on the spiteful break up chops of Bad Day. Both sound like Amiga anthems in the making, and with a professed love of British acts such as Hot Chip and Gorillaz, it seems likely that we ain't heard the last of the newest Fresh Princes of Philly. And for anyone who doesn't think that hip-hop started and ended with Protect Ya Neck, you can be sure that that's very good news indeed. 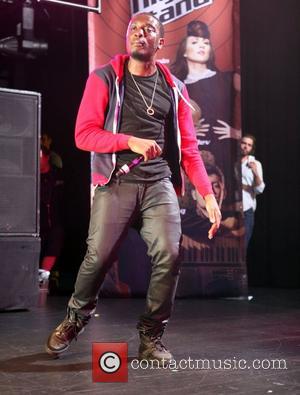