Bailee Madison takes one of the leading roles in the sequel to 2008's hit horror 'The Strangers'.

When 'The Strangers' terrified audiences all the way back in 2008, it proved to be one of the most intense and compelling horror flicks of the time. Calls for a sequel immediately flared up, but no news surrounding one ever made its way to the surface until recent months. Now, the murderous masked killers are back in 'The Strangers: Prey At Night', with an all-new cast and story to be told.

Johannes Roberts directs the flick, working with a brilliant cast that includes Bailee Madison, Christina Hendricks, Martin Henderson, Lewis Pullman, Emma Bellomy, Damian Maffei, and Lea Enslin. Moving to an abandoned trailer park, we'll see our group of victims this time fighting for their lives in a bigger location than ever before. 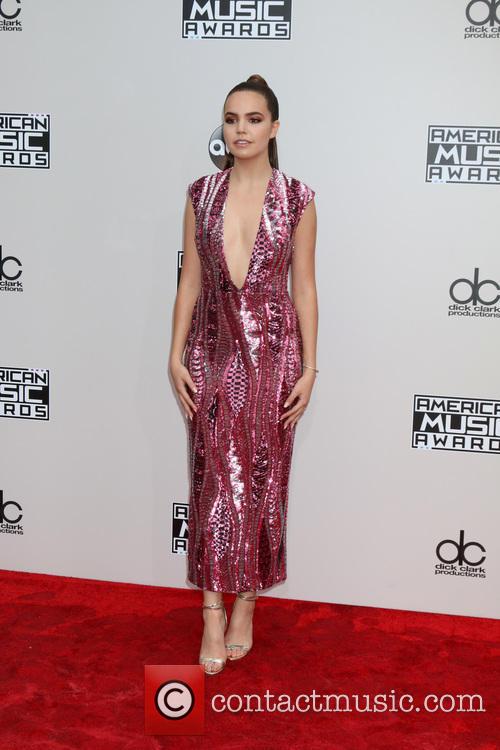 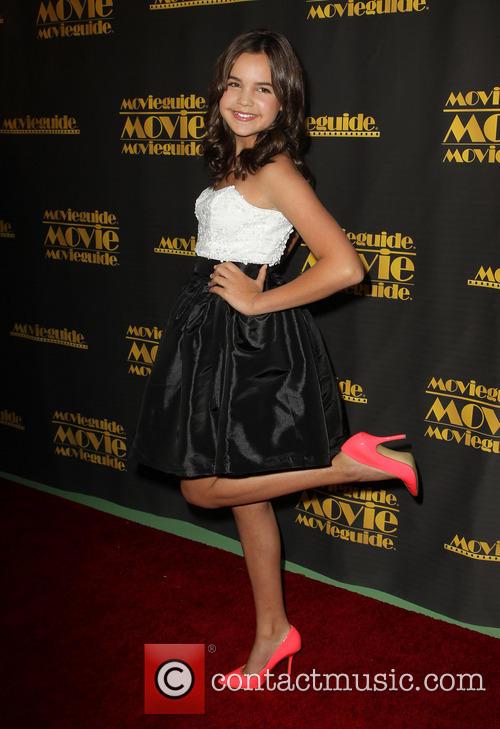 Cynical audiences will hate this simplistic, softhearted comedy, but for a bit of undemanding entertainment, it isn't too bad. And while the cast members don't remotely stretch themselves in these roles, they at least manage to get the emotion flowing in the predictable final act. And sometimes a bit of mindless silliness is just what we need.

Crystal and Midler play Artie and Diane, grandparents who have little contact with their uptight daughter Alice (Tomei), who lives on the other side of the country. When she decides to accompany her inventor husband (Scott) to an awards ceremony, she reluctantly agrees to let her parents take care of their three over-protected kids: burgeoning teen daughter Harper (Madison), shy son Turner (Rush) and mop-headed Barker (Breitkopf), a bundle of cheeky energy who immediately renames his granddad "Fartie". Of course, tech-phobic Artie and hug-loving Diane struggle to keep up with these children they barely know, but they're more resilient and far cleverer than Alice gives them credit for.

The script never tries to be sophisticated, announcing its important life lessons early on and never putting any of the characters in danger of not learning something. Meanwhile, the writers continually contrive the plot to keep Tomei on screen as much as possible, even though this kind of undermines the whole point of the grandparents being there in the first place. And every challenge faced by each character (there's a mini-plot for everyone) is fairly easy to navigate. But all of the actors manage to underplay the physical chaos while bringing enough charm to the film to keep us engaged.

Artie and Diane Decker are the aging parents of a working mother, Alice, whose busy lifestyle means she has to enlist the help of her parents to look after her three young children while she and her husband Phil go away on a business trip. While Diane seems enthusiastic about seeing her grandchildren, Artie is less motivated when he realises that his old fashioned, tough love parenting methods would be lost on the 21st century kids. Alice certainly realises she's got her work cut out trying to teach her stubborn father how to deal with them, remembering the many occasions he let her down when she was a child. Will Artie and Diane's 'second chance' at parenting teach them that their daughter has got the right approach? Or will the venture end in disaster?

This heart-warming comedy is a wonderful story about the unity of family. It is directed by Andy Fickman ('She's the Man', 'The Game Plan') and written by Lisa Addario and Joe Syracuse (previously having worked together on 'Lover Girl' and 'Surf's Up') with re-writes from Lowell Ganz and Babaloo Mandel (both of 'Tooth Fairy' and 'Robots'). It is set for release in UK cinemas everywhere on December 28th 2012.

By Rich Cline
Excellent
This inventive horror film plays to our deepest childhood fears. It's like a demented variation on The Borrowers, and first-rate acting and effects work combine to thoroughly creep us out.

Continue reading: Don't Be Afraid Of The Dark Review 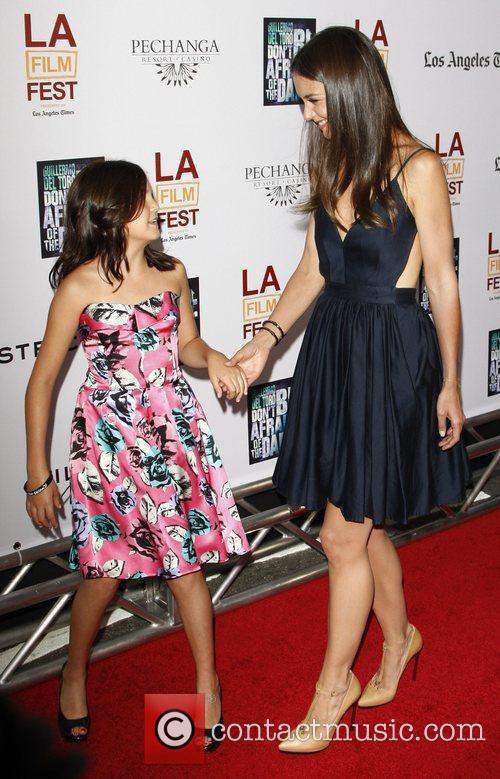 Moving into a new house is a fun and exciting time for most kids, finding new places to explore and play there's always lots of dark corners to go and hide in, but what if there's something else hiding in those dark corners? When a young girl called Sally moves in with her father and his partner it quickly becomes apparent that sometimes things aren't just in your head and sometimes monsters really do jump out and get you.

Continue: Don't Be Afraid Of The Dark Trailer

Watch the trailer for Brothers 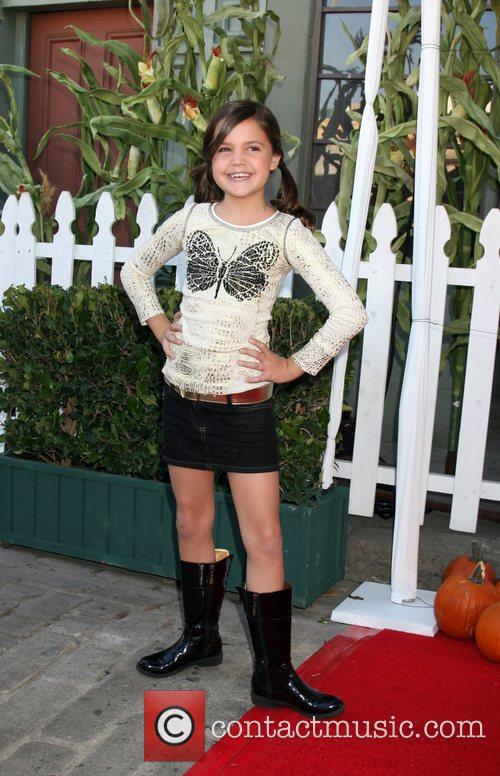 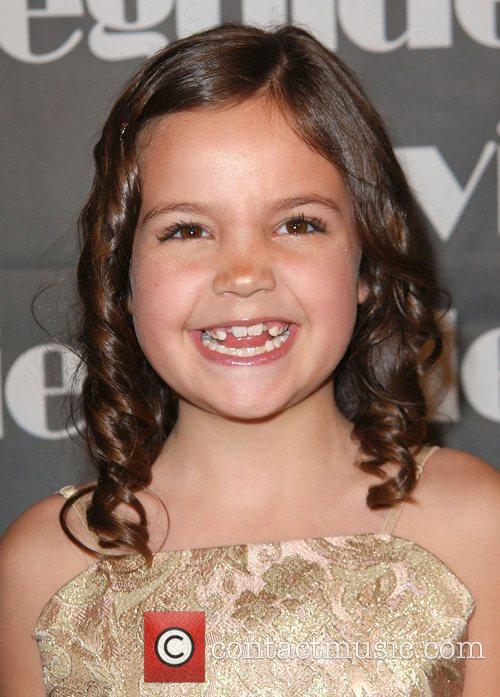 By Chris Barsanti
Weak
One wonders if the makers of Bridge to Terabithia actually have something against all the people who loved reading Katherine Paterson's award-winning book as children. The original story, which deals with loneliness, isolation, and the importance of friendship, is now -- thanks to a cloying screenplay by Jeff Stockwell and the book's author's son David Paterson -- little more than an anodyne valentine to the power of the imagination or some such cliché popular among vulgarizers of young adult literature. You could ask, why can't they just leave well enough alone? The answer, unfortunately, is they never do.

A great many problems with Bridge to Terabithia could have been solved by casting, and unfortunately director Gabor Csupo gets that wrong from the start. The protagonist, Jesse Aarons, a lonely fifth grader in a small town, is played with sullen inattention by Josh Hutcherson. His better half is Leslie Burke, the new girl in town, performed by AnnaSophia Robb with a bright and shallow perkiness that suggests a callow Keira Knightley 10 years ago. With not much going in the way of interpersonal chemistry between the two leads, it's difficult for the film's rather (on the surface) uneventful and deeply interior story to gain much traction.